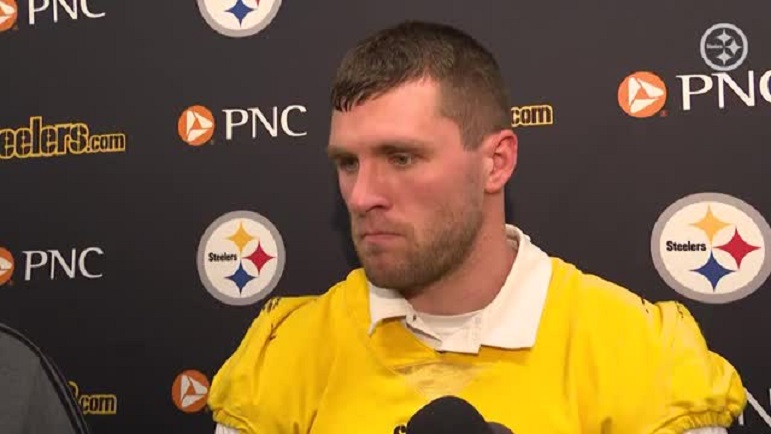 After finishing dead last against the run in 2021, the Pittsburgh Steelers defense has stepped up this year and is currently a top-ten unit, as they rank seventh in rushing yards allowed per game at 103.4 and sixth in total rushing yards surrendered with just 1,034 through 10 games this year. For a unit that struggled mightily in that facet of the game last year, it’s good to see Pittsburgh finally play to their potential and become a good run defense. Earlier today, outside linebacker T.J. Watt talked about how pride plays a part in their run success.

“I think it’s a mix of a lot of things. Scheme, guys being more aware of their gap, trusting everyone in the backend. I don’t know if you can pinpoint one thing specific, but I think we’re taking a lot of pride in it this year and it’s showing,” Watt said via a video posted to Steelers.com.

Pittsburgh’s defense hasn’t been elite this season, and while some of that can be attributed to Watt missing seven games with a torn pectoral, there’s been games where the defense just looked outmatched. However, for the most part, the run defense has been consistently solid. Outside of Nick Chubb in Week 3 and Breece Hall for stretches in Week 4, the Steelers haven’t really let any running back run all over them. They bottled up Alvin Kamara against the Saints, while Leonard Fournette trudged his way to 63 yards on 21 carries in Pittsburgh’s win over the Buccaneers. Obviously, now that Watt is back and healthy and the defense is almost at full strength, you’d expect them to play better coming down the stretch, and keeping up this level of play defending the run is certainly going to help.

Pittsburgh’s biggest issue defensively is not getting beat through the air, as too often this year they’ve let a team’s top receiver burn them for 100+ yards and they tend to surrender too many chunk plays. Last year, they gave up too many chunk plays and explosives on the ground, but this year it’s the pass defense that’s setting Pittsburgh back. In Week 4 against the Jets, the defense let a now-benched Zach Wilson in his first game back from injury pick them apart to overcome a 10-point deficit and get a win at Acrisure Stadium. Last week, Joe Burrow threw for 355 yards, with 148 of those yards going to Tee Higgins as the defense surrendered 37 points in a loss.

This defense can’t be one-dimensional. Watt’s return provides a boost to the pass rush, but the pass defense as a whole has to be better. The Steelers aren’t necessarily facing the most impressive slate of quarterbacks in the second half of the season, so it could be a good opportunity for the defense to get on track and potentially build enough momentum to stack some wins together for the first time all year.