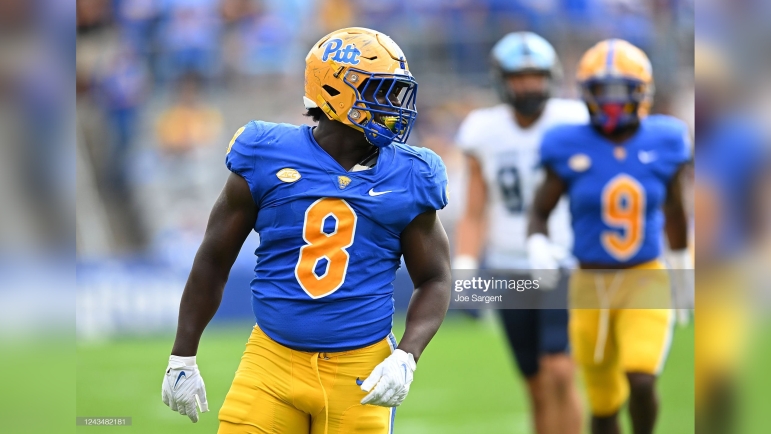 The top-ranked Georgia Bulldogs blew out the Mississippi State Bulldogs Saturday by a score of 45-19. DL #88 Jalen Carter once again posted a strong performance as he posted seven total tackles, a TFL, and a sack. Carter is on a ho5 streak after starting the 2022 season slow, having suffered an MCL sprain against Missouri that hampered him for a couple of weeks. Widely regarded as the top IDL prospect in this draft class and possibly one of the best overall players in the 2023 NFL Draft.

Jalen Carter is just too explosive to block. That explosiveness is rare for an IDL. Top-three player in the 2023 NFL Draft. pic.twitter.com/HiM0vWEWvJ

The Crimson Tide defeated the Ole Miss Rebels in a close one in Oxford, winning 30-24. The Alabama defense was disruptive in this one, picking up three sacks and seven TFLs in this contest. DL #47 Byron Young had himself a game for the Bama defensive front, racking up 11 total stops (six solo), two TFLs, two sacks, and a PBU.

The 6’3, 292lb senior has been a key cog on the defensive line for several seasons now for the Tide and is coming into his own in his senior season, using his strength and high motor to work off blocks and pursue the ballcarrier. Young figures to be a mid-to-late round option for teams who are looking for an experienced interior defender that can rotate in an provide a viable pass rush.

Good illustration of just how much attention Will Anderson draws. Three sets of eyes on 31 and everyone else gets a 1 on 1.

Byron Young with a nice rip move off the edge and gets the football out. pic.twitter.com/FIjbccN4dL

The Pitt Panthers dismantled the Virginia Cavaliers on Saturday, winning on the road 37-7. The defense stood out holding the home team to seven points and DL #8 Calijah Kancey led the charge for a disruptive Panther defensive front. Kancey jumped up the NCAA rankings in sacks with three QB takedowns in this one along with three tackles and three TFLs. Kancey is nearly unblockable upfront, winning with quick twitch off the LOS along with his low center of gravity and strength to fight through blocks. His size will make some teams pass on him in terms of scheme fit at the next level, but the team that drafts Kancey will get a disruptive defender who knows how to get pressure on the QB.

The Boston College Eagles defeated #16 NC State on the road Saturday, pulling off the upset in a 21-20 nail biter. WR #4 Zay Flowers played a big role in the win for the Eagles on offense, catching seven passes for 130 yards (18.6 YPR) and two TDs. He managed to become BC’s all-time leading receiver with his performance as he showed off his impeccable run after catch ability in the open field, utilizing a blend of straight-line speed and lateral quickness to maneuver through the defense.

Zay Flowers is that dude.

Flowers will get knocked for his size (5’10, 172lb), but in a league where the East/West passing game has become more prevalent to get playmakers the ball in space, Flowers could thrive at the next level with a creative play caller scheming up ways to get him the ball with room to run.

The Tar Heels beat the Wake Forest Demon Deacons in a shootout Saturday afternoon 36-34. After getting featured on last week’s Scouts Notebook, WR #11 Josh Downs makes an appearance for the second-straight weeks as he was again the Tar Heels’ most effective weapon on offense. Downs caught 11 passes for 154 yards and three TD against Wake Forest with a long of 43 yards on the game.

This reception helped set up the go-ahead FG for the Heels. It's 36-34 with 2:12 remaining. @UNCFootball | #ACCFootball

After getting off to a slow start, Downs is on fire, having topped the century mark in five of his last six games. The 5’10, 175 junior may lack ideal size, but he is a reliable pass catcher that can make you pay when he is open grass. Downs projects to be a great fit in the slot where he can use his speed and quickness to stress opposing defenses at the next level.