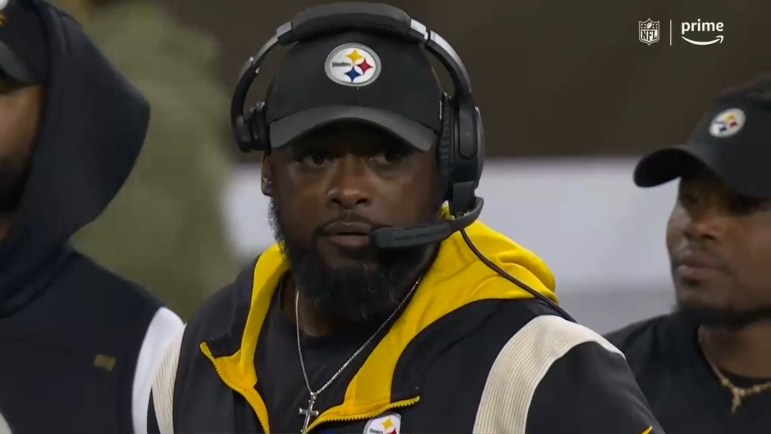 As we enter the post-bye week of the Pittsburgh Steelers, the writing is very much on the wall that this may very well be Head Coach Mike Tomlin’s first losing season since inheriting the head job back in 2007. His record coming out of the bye week is impressive though, as since 2017, he has an unblemished 5-0 mark coming off the week of rest. On deck is the New Orleans Saints, fresh off a dismantling courtesy of the division rival Ravens on Monday night, and make no mistake, Head Coach Dennis Allen and his team are certainly not taking this Steelers squad lightly. This is especially true, as the team looks to get their defensive leader and reigning NFL DPOY T.J. Watt back in the fold.

“Defensively, I think they play the game really, really fast, they’ve got some pretty unique pressure packages that I think are complicated,” Allen said via the Saints’ official team website. “They do a really good job of creating some pressure looks and I think that helps them in terms of the back end and what they’re able to do coverage-wise.”

Those words ring true, as they indeed do possess a very unique pressure package that includes Watt and his 22.5 sacks from a year ago. He is without a doubt the straw that stirs the drink for this unit, and his return will hopefully be a welcome sight for fans.

Offensively, the team can look no further than the Saints’ 27-13 defeat on Monday night, where they were gutted on the ground to the tune of 188 yards by Baltimore. There is a lot separating the offensive lines for both the Ravens and Steelers, but it could definitely be a game where the team looks to rejuvenate a stagnant running game, led by Najee Harris. Or the wide receivers via jet sweeps, as these have become a staple under the highly-maligned Offensive Coordinator Matt Canada.

“Offensively, they’ve got a lot of misdirection, a lot of things that they do in the run game with a lot of the turbo motions and things of that nature, they get the ball to the wideouts.”

He even went on to compliment rookie quarterback Kenny Pickett, calling him both “smart” and “athletic”, noting he can throw the ball accurately. However, he rounded out this segment of the presser circling the wagons and coming back to complimenting Tomlin’s squad, a sure sign of respect as each team will look to inch closer to the .500 mark come Sunday.