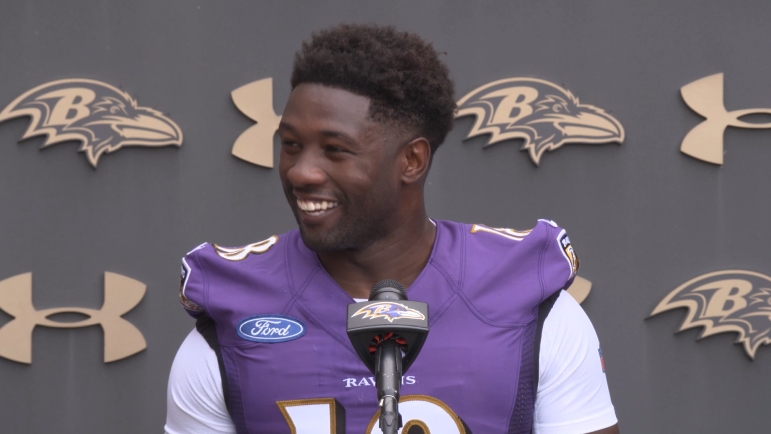 The Pittsburgh Steelers have the benefit of being in a bye week to allow them extra time to acquaint newly-acquired cornerback William Jackson III with their defense. The Baltimore Ravens have no such luxury for inside linebacker Roquan Smith, whom they also acquired this week. They are preparing to face the New Orleans Saints on Monday night.

As far as Smith was concerned, he entered this week thinking to get ready for the Miami Dolphins, the next opponent for the Chicago Bears. While he had previously requested a trade before the season, he didn’t expect a deal to ever get done. “Initially I was shocked, but I’m excited to be here”, he told reporters in his first press conference with his new team.

He doesn’t have much familiarity with those in the locker room at this point, but he did meet the coaching staff during the pre-draft process back in 2018, much of which remains. He mentioned that, noting that he was in for a pre-draft top-30 visit. But more then familiarity, he has one aim in mind.

He sees the locker room as “a good group of guys, guys that are contending for a title, and that’s what I’m in the game to play for, playing for a title, so I’m excited”. He wasn’t going to be doing that with the 3-5 Bears, which is why the Pittsburgh Steelers traded Chase Claypool to them instead of the Green Bay Packers.

The Bears actually went 12-4 during his rookie season back in 2018—with Mitch Trubisky going 11-3 as a starter—but things took a turn after that. They went 8-8 in the following two seasons before dropping to 6-11 last year.

In contrast, while they went 8-9 last year after going through an astonishing series of injuries, the Ravens went 10-6, 14-2, and 11-5 in the three years prior, making the playoffs each year and reaching the Divisional Round twice. Smith believes their team can go all the way this year.

“I’m excited, and I know they’re trying to get over the hump and win the big game”, he told reporters, referring obviously to the Super Bowl. “I feel like I can be one of the guys that can help with that, so I’m excited to be able to give everything I have to make that happen”.

Baltimore already has another capable inside linebacker in former first-round draft pick Patrick Queen, alongside whom Smith will now start. The defense is still not where they need it to be, but it’s been a work in progress as players work their way back to health, and they are getting some pass rush help with a couple of injured players returning as well.

But he still wants to get paid, which was his primary motivation for wanting a trade back in the offseason. He knows with the trade that focus now shifts for the time being. “I’m not really focused on that right now. Everything has happened really, really quickly, so I’m just trying to focus on honing-in on this playbook right now, and getting to that once I get to it”.