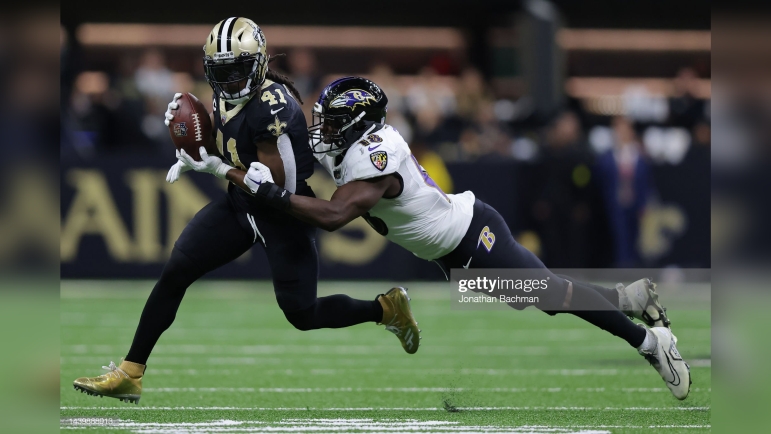 The Baltimore Ravens are finally on a roll after trading wins and losses to start the season. Now on a three-game winning streak, they are looking to establish a commanding lead in the AFC North at 6-3, the Cincinnati Bengals sitting just behind them at 5-4.

Baltimore has held a double-digit lead in every single game this season, typically including in the fourth quarter, and yet they did manage to blow three of them in the first six weeks, some in spectacular fashion. Monday’s win marked the first time all season they outscored their opponents, 10-7, in the final frame.

It no doubt was one of the reasons they aggressively pursued inside linebacker Roquan Smith at the trade deadline, who made his debut in the purple and black this past game after Baltimore gave up a second-round pick to go and get him. And Smith already likes what he sees.

“I’m going to get accustomed, and it’s going to be scary after I get it all down pat, the incoming veteran said of the potential of the defense he now helps command, via the team’s website. “I love the way [defensive coordinator] Mike [Macdonald] calls the game, so I think there’s going to be so many great things in store for us”.

Smith saw 39 of what was just 51 total defensive snaps for the Ravens defense against the New Orleans Saints, who only controlled the football for a little over 22 minutes worth of game time. He registered five tackles, all of them defensive stops.

That included two in a row in a sequence early in the game. The Saints were in a 2nd-and-3 when he and Brockerick Washington combined to stop running back Alvin Kamara for a gain of two. He stopped Kamara for no gain on the 3rd-and-1 that followed, assisted by Marlon Humphrey.

Baltimore already had a former first-round pick in the starting lineup at linebacker in Patrick Queen, who played 49 of 51 snaps in the game. Malik Harrison, who started five of the first eight games, logged only seven snaps. But the team isn’t too worried about playing time with the presence Smith brings.

“Great players make everybody around them better”, Ravens head coach John Harbaugh said. “We’ve got a number of guys on our defense that do that. You add another guy like that into the mix. He’s a really good player, everybody knows it. What a great job he did to come in and learn the defense so quickly. He had no issues out there at all, as far as knowing what to do”.

No doubt he will continue to grow more and more comfortable in Baltimore’s defense as the season wears on. The bigger question is whether or not they will be able to retain him after this season, or, like Yannick Ngakoue a couple of years back, they will simply let him go in free agency in the hopes of getting a compensatory pick in return—assuming their own signings don’t offset their gains.