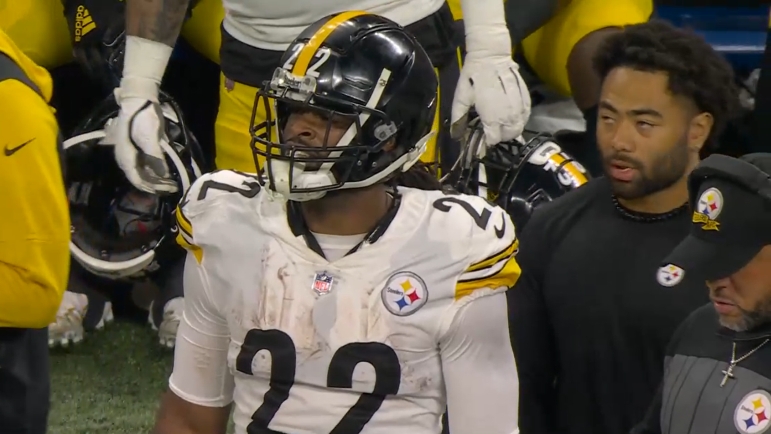 Mike Tomlin said after the game that Harris would be reevaluated later this week concerning his status for next Sunday’s game in Atlanta against the Falcons, leaving the door open for him to return to action this coming week.

On Wednesday morning NFL Network’s Ian Rapoport reported that Harris actually avoided a “major injury” Monday night, but his status for Pittsburgh’s upcoming matchup remains up in the air at the midpoint of this week of prep.

#Steelers RB Najee Harris, who was ruled out of Monday night's game with an abdominal injury, did not suffer a major injury, sources say. His status this week is up in the air, and he'll be reevaluated as the practice week goes on. But no significant injury is good news.

While losing Harris for Sunday’s game would be a blow to the Steelers’ offense, they enjoyed the likes of Benny Snell and Anthony McFarland Jr. filling in admirably in place of the injured Harris against the Colts. The two backs combined for 92 rushing yards and averaged over five yards per carry along with a rushing TD by Snell to give the Steelers the lead late.

If Harris were to miss any time or be limited for Sunday’s contest, expect at least Snell to get more work in the backfield as he did in Indy with McFarland sprinkling in here and there if fellow RB Jaylen Warren remains sidelined with a hamstring injury for another week.