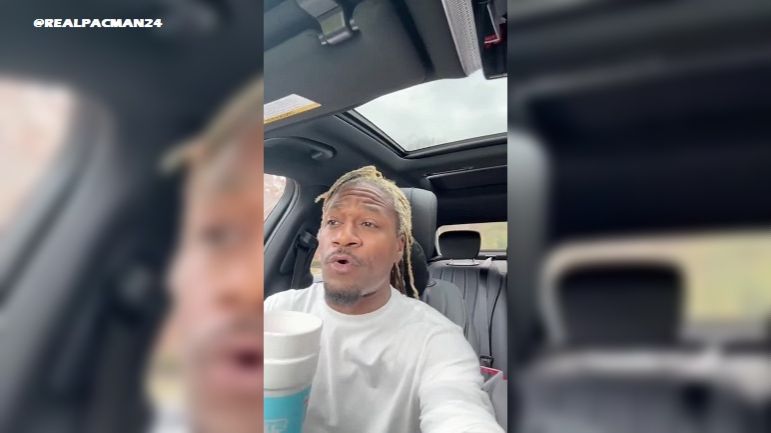 Consider former Cincinnati Bengals’ cornerback Pacman Jones as someone who isn’t a fan of new Pittsburgh Steelers’ corner William Jackson III. Jones has been among Jackson’s harshest critics during his rocky 2022 season, falling out of favor in Washington that led to him being dealt to Pittsburgh.

For those interested in Jones’ thoughts, here’s what he tweeted after the news broke that Jackson was headed to Pittsburgh.

@WilliamJackson3 now your ass really on the Hot Seat !!! I new you wasn’t shit , now you over there with Shitburge!!!! @steelers great job lol , you as bout to get barbecue grilled , you run but you can’t hide !!! pic.twitter.com/nhgG9ZCptr

But that was far from the first time Jones commented on Jackson’s play. He blasted him after Jackson struggled against the Dallas Cowboys earlier this year, “looking” for him under his grill after Jackson was burned in 25-10 loss.

Jackson’s comments really wouldn’t have been notable outside of Twitter fodder if it wasn’t for him spending two years with Jackson in Cincinnati. The Bengals drafted Jackson in the first round of the 2016 NFL Draft and he spent two years with Jones, who was in the twilight of his career. While we don’t know what happened there, it sure doesn’t seem like the two had a good relationship and Jones still carries a grudge five years later. Perhaps Jackson being drafted helped squeeze Jones out of a job, leading to Jones feeling resentful about the selection. Veterans loathe the draft for the crop of rookies coming in to take their job.

In fact, there’s plenty of smoke over that theory. As noted by Sports Illustrated at the time, the two got into a war of words in 2021 with Jackson saying he took Jones’ job after Jones criticized Jackson and the Bengals’ coaching staff.

Jones clearly isn’t someone to let something go. Jackson is expected to make his Steelers’ debut in Week 10 against the New Orleans Saints. If Jackson struggles, you can bet Jones will let social media know about it.