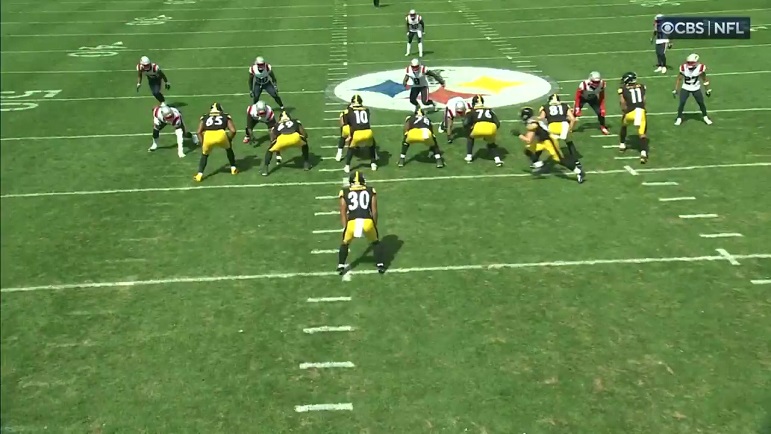 As the Pittsburgh Steelers come off their bye week at 2-6, they are indeed wading into the deepest waters they’ve ever been in during Head Coach Mike Tomlin’s 16 seasons at the helm, and none of which has ever yielded a losing record. It didn’t hurt that for the entirety of this time, aside from the 2019 season, he had a future first-ballot Hall Of Famer at quarterback in Ben Roethlisberger.

Now, he’s experiencing life from the other side, as both his rookie quarterback and his offense as a whole have experienced a plethora of growing pains, many of which can be attributed to the concepts schemed up by Offensive Coordinator Matt Canada. Nonetheless, even Tomlin’s defense, which is his forte, has looked unusually vulnerable, much of which can be linked to the injury of reigning DPOY T.J. Watt.

Add this all up, and it’s no reason why NFL Network’s Cynthia Frelund has given the team a win projection of just 4.8, as released earlier this evening in her projections for all 32 team’s win totals.

A greater percentage of offensive touchdowns this season are coming on drives that include a big passing play than in any of the past eight seasons (in part because QBs are rushing more),” Frelund wrote on NFL.com. “And the Steelers’ defense has been uncharacteristically generous to opposing offenses, ranking 29th in big plays allowed, 29th in scoring, 31st against the pass and 31st in pressure percentage (21.2 percent, per NGS).”

That last stat is resounding and in no doubt due to the absence of Watt, who is far and away not only the best defender on the team, but on a very short list of the best defenders in the league. His return, which likely will come Sunday, will be a welcome addition to a unit that’s been reeling.

The NFL schedule makers did the team no favors early on, with games against heavyweights like the Bills, Eagles and the Bucs, who we thought were a Super Bowl contender. Now, we’ve come to find out that victory for Pittsburgh might have said more about the sad state of Tampa Bay than the Steelers.

The back end of the schedule does lighten up some for the team, so it’ll be interesting to see if the bye week indeed helped the team come together to fix their deficiencies. Sunday’s game at home against the Saints appears to be winnable, especially if we consider Tomlin’s record when coming off a bye.

There exists several other games down the stretch where victory is very likely. However, do you feel Frelund’s exercise is selling Pittsburgh short, or do you feel it’s a very accurate assessment, with a top-5 pick looming in next April’s draft? Let me know your thoughts in the comments below.