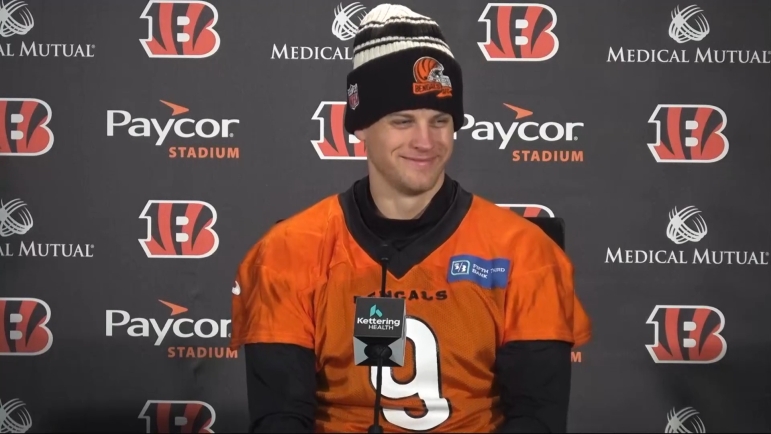 They say that football is a game of trends, and the more ahead of the curve you can stay, the better off you’ll be—provided that you know what you’re doing and have the personnel to execute it. But I never thought appendicitis would be a trend.

Former Pittsburgh Steelers linebacker Joey Porter’s son, his namesake, is currently dealing with appendicitis over at Penn State. Elsewhere in Pennsylvania is of course the Steelers’ own Minkah Fitzpatrick. The safety had an appendectomy that caused him to miss Sunday’s game, but the team is optimistic he will be back in time for the Cincinnati Bengals game coming up next.

Not so fast, says Bengals quarterback Joe Burrow, who had one of his passes intercepted and returned for a touchdown back in week one by Fitzpatrick. Indeed, it was his very first pass of the game, his first pass of the season.

Now, you might find yourself crying bias, but this is also a subject close to Burrow’s heart—at least as close to it as his appendix used to be. You see, the third-year quarterback went through the same thing Fitzpatrick is now, only his appendicitis came up back in August, and he found himself on the sideline for a few weeks.

Of course, he didn’t have a regular season game to play, so it was easier for him and the team to afford him time to recover. But there’s no fooling around with health. When Burrow was asked if he had any advice for Fitzpatrick as he works his way back from the appendectomy, he advised, “Maybe wait just another extra week.”

It was said with a laugh, of course, and it drew laughs. It was funny. Of course, he wants the guy who was most responsible for handing the Bengals a loss back in week one to take an extra week off when that extra week would be the second game against the Steelers.

There’s nothing wrong with a bit of levity at a time like this, at least I think, even if it is between division rivals. Burrow is known to be a bit of a goofball and the line certainly fits with his personality, but it was a clever response to a question asking him to call upon his own experiences.

It’s not bad advice in and of itself. It’s always preferable to give yourself as much recovery time as you can afford. But for a healthy, elite athlete like Fitzpatrick, who is already in a position to get in conditioning work two days after laparoscopic surgery, all signs do point toward him being ready to play.

Let’s hope he can replicate the same success he had against Burrow earlier this year, because the Steelers may well need it to stack wins for the first time in 2022. The Bengals have been on an upswing in recent weeks, as has Burrow. His appendix may not have burst, but it would be nice to burst his bubble all the same.