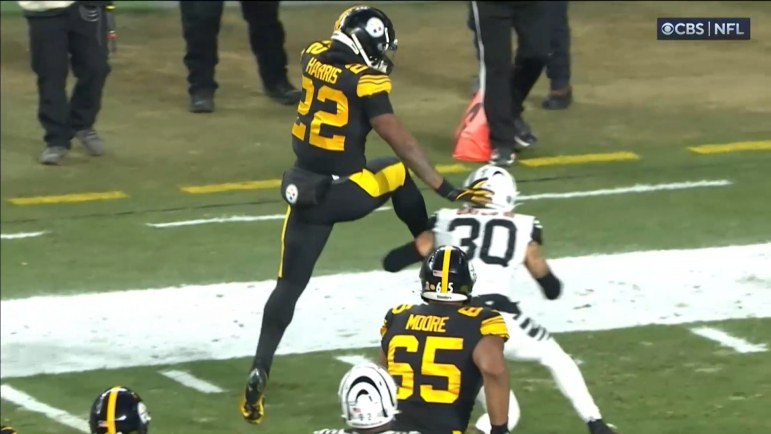 The Pittsburgh Steelers’ offense is many things; wildly unpredictable is not one of them. In fact, we have reached the point where the players and coaches are no longer denying the transparent fact that their gameday play selection is gathered from a limited menu.

Offensive coordinator Matt Canada recently acknowledged this when asked about the frustrations over missed assignments and whether that makes him want to try different things or to button down the few things they do well. Running back Najee Harris also acknowledged it as well on Friday.

“We know that you guys know our tendencies and stuff, so now it just comes down to, can you stop it?”, he asked, via the team’s website. “Are our bigs better than your bigs? It’s just the competitive nature that the Steelers organization has and they’ve been having for years, running the ball on obvious downs. That’s just their nature”.

Basically, you know what we’re going to do, but can you prevent us from doing what we want? Most often, that answer has been yes for opposing defenses this season. The team has had more success on the ground in recent weeks, however.

That goes particularly for Harris, who has a 45-percent successful run rate over the past two games, or 18 out of 40 carries. He’s rushed for 189 yards during that span and has found the end zone twice, giving him five touchdowns on the year (and a share of the lead in rushing touchdowns with three, tied with quarterback Kenny Pickett who has led in that stat since week four).

Having two starting offensive linemen on the injury report this week—center Mason Cole with a foot injury that caused him to miss most of their last game and now right guard James Daniels with a groin injury—is not going to help them continue their pace, however.

Nor will a stout Indianapolis Colts defensive front with the likes of DeForest Buckner clogging up the middle lanes. But the fact that Harris has being doing a better job of attacking the holes and falling forward through contact is nevertheless a positive development.

While Canada’s offense may be limited, there is truth to the idea that they would be running a more varied menu of plays if they were to simply do a better job with what they’re already doing. The fact that they continue to have as many missed assignments as we see now in the second half of the year is a concern all of its own.