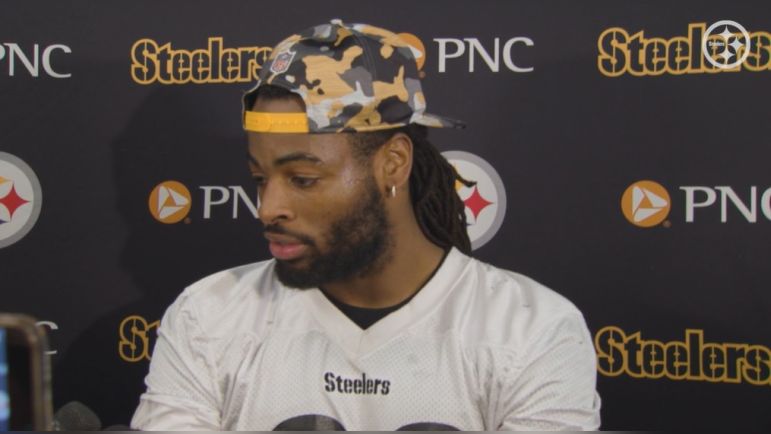 In recent weeks, there’s been a player-wide pushback on getting rid of turf fields. The greater risk of injury and the unnatural aspect of football, a game born and meant to be played on grass. But Najee Harris has a differing opinion and is looking forward to play Monday night in a dome and on a turf field.

“I like playing on turf better for me personally,” Harris said Friday via Steelers.com. “In Alabama we always called it the Mercedes-Benz because we played there a lot, championship game obviously and all that. So we’ll call that a home game for us. So we loved playing there. So for us, for me to play in another indoor stadium, takes me back to college where I just like playing indoors.”

Bryant-Denny Stadium, Alabama’s home stomping grounds, is a grass field. But as Harris mentions, the Mercedes-Benz Stadium in Atlanta is a turf field and the Crimson Tide had plenty of time there for SEC Title Games. None of that ever slowed Harris down. In the 2020 SEC Title Game against Florida, Harris ran for 178 yards and had five total touchdowns, two rushing and three receiving, as Alabama won a wild 52-46 shootout.

Weeks ago, the NFLPA and its members went on a social media firestorm calling for turf fields to be banned, headlined by union president J.C. Tretter.

The NFLPA president calls for “The Immediate Replacement and Ban of all Slit Film Turf” and to “Clear the excess people and dangerous equipment from the sidelines,” among other measures. https://t.co/7jpMGdjxqq

Turf fields are believed to be harder on players’ joints and increase the risk of severe knee injuries, like torn ACLs, though the NFL has tried to muddy the waters and say there isn’t enough evidence to support the notion. Regardless, the Steelers will be on a turf field at Lucas Oil Stadium Monday night. Harris knows most players on the Steelers don’t like the idea.

“I know other people on the team don’t like it. A lot of people get mad at when we’re practicing inside just because of all the turf and stuff. They don’t really like it. Especially [Pat Freiermuth].”

The Steelers have always held their games on grass though their indoor facility is turf. At the least, players will enjoy playing indoors for Week 12 and out of the elements. No cold, no wind, that is, assuming Jim Irsay decides to keep the roof closed. But given the fact it’ll be in the low 40s by the time the two teams kick the ball off, odds are it will be.