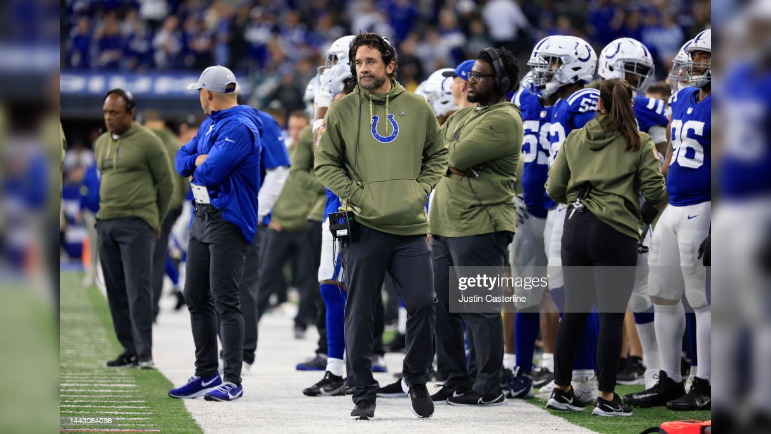 The Indianapolis Colts sure did turn some heads and raise some eyebrows when they announced they were hiring former Pro Bowl center and ESPN analyst Jeff Saturday as the team’s interim head coach after firing Frank Reich.

Saturday, who was the center for Peyton Manning for many years in Indianapolis, had no head coaching experience at the college or pro level and was just 20-16 as a head coach in high school over the last few years. Despite the inexperience, Colts owner Jim Irsay made the shocking move to hire him, igniting a heated debate on TV shows, social media and more from talking heads, former players, former coaches and even some current coaches.

Former Pittsburgh Steelers head coach Bill Cowher came out hard against the hiring of Saturday on NFL on CBS’ pre-game show a few weeks ago, calling it a disgrace, to which Saturday responded that he “doesn’t have to defend himself to anyone.”

"It's a disgrace to the coaching profession."@CowherCBS's emotional reaction to the Colts hiring Jeff Saturday. pic.twitter.com/B8QCSJZpPW

Current Pittsburgh Steelers head coach Mike Tomlin, as cool as he always is in handling the media and tough spots, refrained from providing his opinion on the Colts’ hiring of Saturday and what it means to the coaching profession, instead talking about the person he knows in Saturday, calling him a dynamic personality.

Of course, Tomlin will have to coach against Saturday on Monday Night Football in Week 12 as the Steelers travel to Indianapolis to take on the Colts, so it was wise to not share his opinion on the hiring, if he even has one at all considering his singular focus on his own team and preparation.

“My opinion doesn’t matter. I’m not a part of that organization. I’m not a part of the decision making process,” Tomlin stated to reporters, according to video via the Steelers’ official YouTube page. “I know Jeff, I like Jeff. I think he’s a dynamic personality and football lover and charismatic leader, but I have no opinion worth mentioning regarding their hiring practices or that selection in particular. It’s irrelevant to me. I’m focused on the preparation of this group relative to us stepping in that stadium against that group Monday night.”

That’s largely where Tomlin’s focus should be. The decision to hire Saturday was made weeks ago. He’s already coached two games for the Colts, and now the focus is on football, at least for the men and women inside the game.

Outside of it, Saturday’s hiring process is being investigated by the Fritz Pollard Alliance to see if the Rooney Rule was skirted by Irsay, which is a great possibility.

The Fritz Pollard Alliance, an organization whose mission is to champion diversity in the NFL, wants to take a closer look at the Colts' hiring of interim head coach Jeff Saturday.

For the Steelers and Tomlin specifically though, right now that process and the fallout that happened doesn’t matter. It’s about getting his players and coaches prepared for the challenge of facing the Colts on Monday night inside Lucas Oil Stadium in front of a national audience.