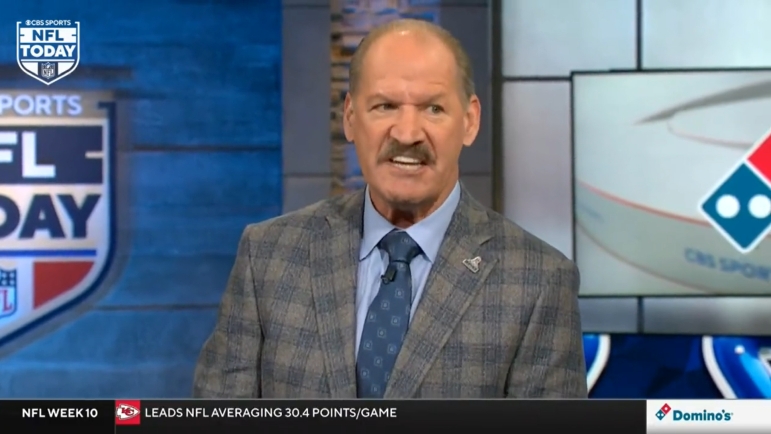 The Pittsburgh Steelers will be facing the Indianapolis Colts in a couple of weeks, not long after firing Frank Reich as their head coach. They just made their debut with interim head coach Jeff Saturday on Sunday, a 25-20 win over the Las Vegas Raiders.

Saturday, best known for his time as the Colts’ center with Hall of Fame quarterback Peyton Manning, was not even on a team’s coaching staff this year when owner Jim Irsay hired him. Having been offered multiple coaching positions by the organization in recent years, the fact remains that he has never coached in the NFL or in college before.

The decision to hire him drew immense scrutiny prior to Sunday’s game, including from former Pittsburgh Steelers Hall of Fame head coach Bill Cowher. He called it “a disgrace to the coaching profession” during his Sunday remarks prior to the day’s games. Saturday had a better platform from which to respond after winning his first game.

"It's a disgrace to the coaching profession."@CowherCBS's emotional reaction to the Colts hiring Jeff Saturday. pic.twitter.com/B8QCSJZpPW

“I respect his opinion, you know?”, he told Peter King in his latest Football Morning in America column. “Here’s the thing. God is my defender, man. I don’t have to defend myself. I am absolutely comfortable in who I am. I respect all those guys. Whoever has whatever negative opinion, I can assure you, it’s not gonna change who I am or what I believe I’m called to do. I have no idea, and I still don’t, how successful I’ll be, but we’re gonna work hard at it and I believe I can lead men and lead the staff. I’m excited about the opportunity”.

Speaking personally, I am not somebody who takes interim head coaching jobs very seriously. I’m not overly concerned about the bona fides of those who serve temporary positions during a mid-season hire or promotion when a head coach has been fired. Very frequently, those interim jobs don’t lead to permanent head coaching posts anyway.

I suppose I don’t particularly care for the way most have commented on this situation, including Saturday. I do think there is far too much fraternal protection when it comes to the coaching profession, and really in society in general, when it comes to requiring others to ‘pay their dues’ whether they are capable of doing the job without it or not.

Regardless of the objections of many—including many important people within the NFL—Saturday will have the rest of this season to establish a resume for himself, and to determine, both for himself and for the rest of the league, whether or not he has the credentials to hold a permanent job as head coach.

For now, he’s just the sporting world’s most famous temp. Hopefully, one Cowher’s former team can properly embarrass in week 12. But I will say this: at least Saturday was smart enough to start Matt Ryan at quarterback and not second-year sixth-round pick Sam Ehlinger.