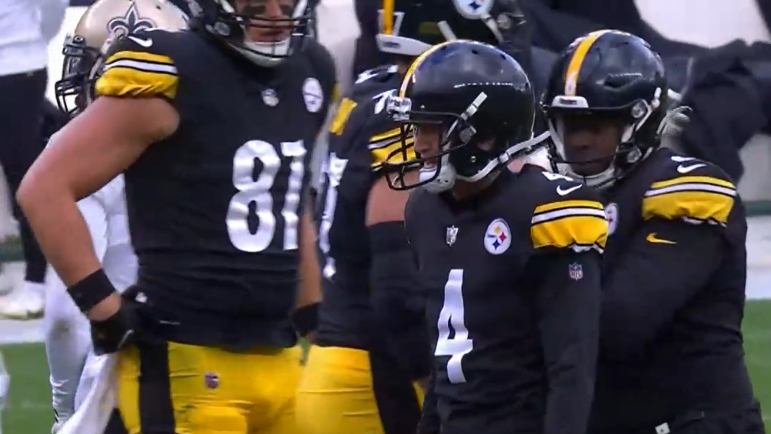 Barring something somewhat drastic, the Pittsburgh Steelers are most likely going to be attached to kicker Matthew Wright for at least the next three games. Signed off of the Kansas City Chiefs’ practice squad last week, he went 2-for-4 with two extra points made in his 2022 debut with the team, missing from 39 yards out and then 48.

Fortunately for him, which was his main priority, the Steelers still won 20-10, though his first miss at the time preserved a 10-10 tie. He gave the Steelers a three-point lead on his next opportunity. “When I had the worst game of my career, it’s nice that we came out with a win anyway,” he told Brian Batko of the Pittsburgh Post-Gazette. “That was definitely my worst game as a pro.”

A Lancaster native, Wright originally signed with the Steelers as a college free agent out of the University of Central Florida in 2019. He did not make the team over starter Chris Boswell—and nobody expected Boswell’s job to be contested in the first place—but he impressed enough to be kept in the Rolodex. He ended up filling in for three games the following year due to injury, as he is again now.

In spite of his rough game—it was the third time in his career he’s missed multiple kicks in the same game, twice with the Jacksonville Jaguars last season, though he had gone 28-for-32 prior to Sunday’s game overall, a respectable ratio—he believes he knows what happened on those misses, and he believes he was hitting the ball well all day outside of those misses.

“Obviously, two weird instances happened where I just didn’t hit a ball that I liked, and there’s just certain things on those kicks that I looked at and I’m like, ‘That’s why that happened,’” he told Batko. “Just make sure that doesn’t happen again, that’s all I can do.”

“I’m pretty confident that’s not me, and going forward, I’ll be better.”

Head coach Mike Tomlin said in his introductory remarks following Sunday’s win that they were going to “get back to work with Matthew Wright”, all but confirming that he was not planning a kicking change, and cited operational issues on the misses.

Because they signed him off of another team’s practice squad, he is owed three weeks’ salary at a minimum and will occupy a spot on the 53-man roster, whether he is cut or not, during that time. That would not prevent them from signing Nick Sciba or another kicker to the practice squad and elevating him to play over Wright, however.

While I wouldn’t be shocked if the team did sign Sciba to the practice squad—we really have no idea how much time Boswell might miss while on the Reserve/Injured List, but we know it will be at least three more games—I fully expect them to give Wright the chance to get back on track before taking a drastic approach.