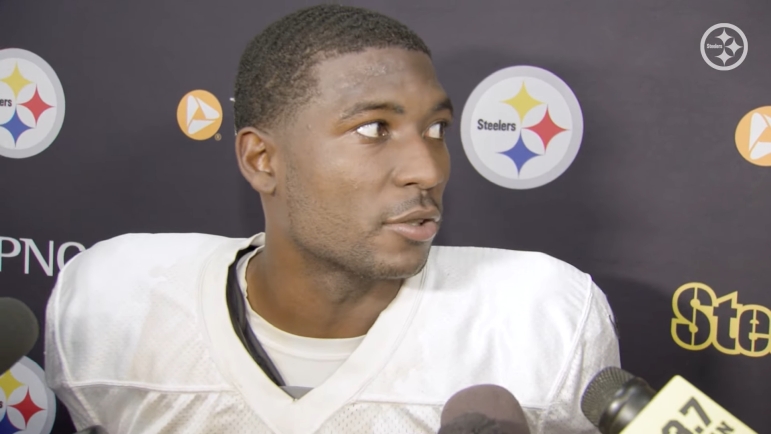 The next time the Pittsburgh Steelers take the field will mark their first game without Chase Claypool as a member of the 53-man roster since they drafted the wide receiver out of Notre Dame in the second round of the 2020 NFL Draft.

While he failed to build upon a very promising rookie season, Claypool still proved fully capable of stepping up and making big plays in big moments, but when the Chicago Bears stepped up and offered a second-round draft pick for him, they couldn’t say no.

Perhaps their minds would have been in a different place if they didn’t have confidence in their alternatives. While that involves the expanded incorporation of more ‘heavy’ sets (e.g. more tight ends, running backs, and/or extra linemen), it is also about what they have at wide receiver.

And veteran Steven Sims is that next guy, the one expected to log the bulk of the snaps in the slot now that Claypool, who primarily played inside this season, is no longer occupying that space. He was asked what the difference is between his game in the slot and a player like Claypool’s.

The ‘slot’ receiver position has traditionally resembled players who look more like Sims in terms of frame than it does those like Claypool, who stands at 6’4” and weighs more than some of the more agile tight ends of the day.

Pittsburgh, however, has largely favored the bigger body in the middle since drafting JuJu Smith-Schuster in 2017, who proved to be a reliable chain-mover there. They also had Jerricho Cotchery in that role for one successful season in 2012, prior to which it was Hines Ward—not exactly the tallest figure, but a physical presence.

“I don’t know, honestly”, Sims said when asked about a more recent trend to use larger-bodied receivers in the slot. “I guess that’s the coaches; they like big guys. It’s always been like that since I was younger, too. You’re always gonna pick the bigger guy before me thinking the bigger guy’s better than me. But time will tell”.

The 5’10”, 176-pound Sims is not unfamiliar with the underdog role by any means, and it’s not something that he shies away from, either. Rather, it’s something that he embraces and uses as fuel. Once seemingly destined to be a weekly inactive, even potentially with a temporary roster spot, however, he has an opportunity to have a big impact on the second half of the season.

Not only does he have the chance to earn substantial playing time as the Steelers’ third receiver in an offense destined to continue to feature 11 personnel, but he has also been the team’s starting return man for both punts and kicks for weeks. Becoming a two-phase impact player for the second half of the year would be just what he needs to resurrect his standing in the league.