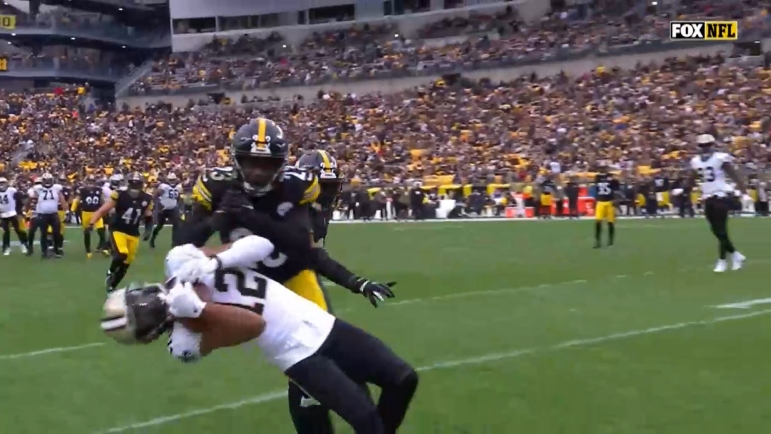 Pittsburgh Steelers safety Damontae Kazee saw his first playing time of the 2022 season last Sunday against the New Orleans Saints and he played well in that contest. During that game, however, Kazee delivered a big hit along the right sideline on Saints wide receiver Chris Olave late in the first half and that drew an unnecessary roughness penalty. He was reportedly fined for that hit this past week.

According to Jeremy Fowler of ESPN on Saturday, Kazee was fined for that hit on Olave last Sunday and his agent has indicated that it will be appealed. The fine amount for Kazee is 6,597.

The NFL fined #Steelers safety Damontae Kazee for his sideline hit on #Saints receiver Chris Olave on Sunday, per source. His agent, @Agentbutler1, will appeal.

You can see the hit that Kazee delivered to Olave below. Kazee talked about the hit after the game and how he believed it was a legal one.

“It wasn’t intentional. I think I used nothing but good technique on that,” Kazee said, according to Brian Batko of the Pittsburgh Post-Gazette. “I went up to him after, asked him was he OK. He told me he was all right. I don’t want to injure nobody, but I also don’t want you to catch a ball, either.”

Kazee returned to action last week after spending the first eight games of the regular season on the Reserve/Injured list following breaking his forearm in the preseason. That injury required him needing nine screws and a plate put in his arm.

Against the Saints, Kazee registered four total tackles, one interception and one pass defensed. He is expected to play a complementary role in the Steelers defense moving forward as starting safety Minkah Fitzpatrick is expected to return on Sunday from his appendectomy.