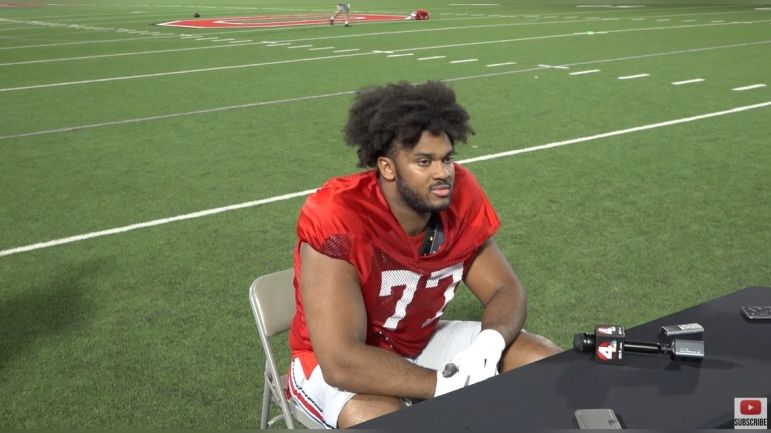 With the Pittsburgh Steelers falling to 3-7 after their 37-30 defeat to the Cincinnati Bengals on Sunday, draft season is basically in full effect in Pittsburgh. With that being the case, the question is, which side of the ball should the Steelers address?

There can certainly be a case for both sides, especially after the performance from the defense and offensive tackles in Sunday’s loss. Today, ESPN’s Matt Miller and Justin Reid discussed who Pittsburgh should draft in their mini top-ten mock draft. While they ended up having the Steelers select offensive tackle Paris Johnson Jr. from Ohio State with the fifth pick, what was more interesting is who some of the defensive players they considered for Pittsburgh.

“I wouldn’t put Pittsburgh entertaining a defensive player here out of the realm of possibilities” wrote Reid. “Cornerback is a huge need, and this draft class is very deep at the position.”

Reid specifically mentioned Penn State’s Joey Porter Jr. (son of former Steeler Joey Porter) and Georgia cornerback Kelee Ringo. However, cornerback is not the only need defensively for Pittsburgh and this draft just so happens to have two elite prospects at EDGE and defensive line which Reid said Pittsburgh has to consider if they fall to them.

“And even still, the Steelers likely will be praying that [Will] Anderson or [Jalen] Carter fall to them.”

Speaking on Carter, the player who is more likely to fall to Pittsburgh, Miller responded to Reid with a resounding “yes” to Pittsburgh drafting him.

“Oh yeah, if Carter falls to the Steelers, that’s an immediate ‘yes’ from me” Miller wrote. “He could be the next Cameron Heyward on that defensive line.”

With the Steelers defensive line getting older it makes sense to want to sure that up and set up the future. It would almost be an Aaron Smith to Heyward situation, but not Heyward to Carter in the passing of keys on the defensive line. Heyward did not play much his first couple of years in the NFL sitting behind Smith, learning from him. By drafting Carter, head coach Mike Tomlin can have that situation play out again.

So if the Steelers decide to address the defensive side with their first pick and if Carter is there, do they draft him or go cornerback and draft Porter Jr. or Ringo? In my opinion it depends on how far away general manager Omar Khan and Tomlin think this team is from competing. If they think they can compete for the Super Bowl next year with Pickett getting another year under his belt, go with Porter Jr. or Ringo. Cornerback is a serious need right now, as shown by the awful performance against the Bengals receivers. Both Ringo and Porter Jr. have been great in coverage, but Ringo is the more ball hawk defender, as he has four career interceptions compared to Porter Jr.’s one.

However, if Khan and Tomlin, like me, think this team is a few years away then they should draft Carter if he is available to them. Since Stephon Tuitt’s retirement, the defensive line’s future looks murky. Heyward is getting older, and Ogunjobi may not be around long term. While DeMarvin Leal has looked good so far, he is a bit undersized to truly clog up the middle like Heyward, Ogunjobi, and Tuitt have. Second year defensive lineman Isaiahh Loudermilk has not seen the field too much, and while he has not looked bad when on the field, I don’t think he will ever have the impact Heyward or Tuitt has had on a game.

Carter is a game changer, and if the Steelers want to address defense in the first round of the draft and he is available they should take him. Like Reid said, the cornerback class is deep, so there is no need to reach for one if Pittsburgh has a top ten pick.