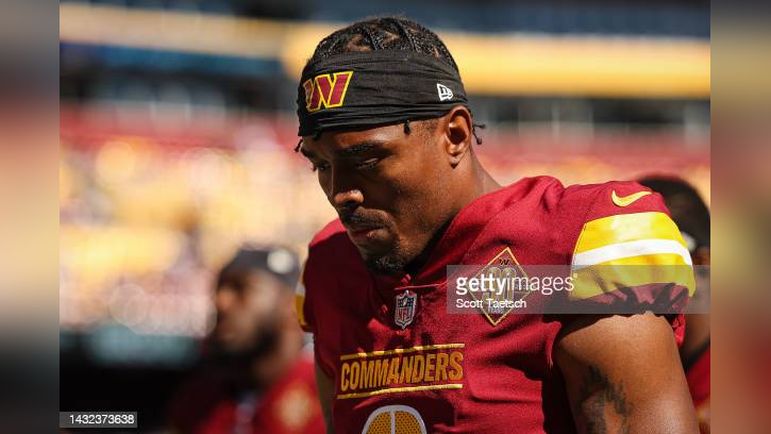 Earlier today, the Pittsburgh Steelers placed recently acquired cornerback William Jackson III on injured reserve, knocking him out at least four games. Jackson, along with a conditional seventh-round draft pick, was acquired from the Washington Commanders at the November 1 NFL Trade Deadline in exchange for a conditional sixth-round draft pick. However, according to Gerry Dulac of the Pittsburgh Post-Gazette, the Steelers no longer will be giving Washington the sixth-round selection as it was contingent on Jackson playing a certain number of games for the Steelers the rest of the season.

Steelers put CB William Jackson on injured reserve and it's possible he could return this season. However, Steelers will no longer have to give the Washington Commanders a conditional draft choice because the trade was contingent on Jackson playing a specified number of games.

Given the conditional nature of both selections, I doubt that the Commanders’ seventh-round pick will change hands and end up in Pittsburgh. If it does, the trade will look like a coup for Pittsburgh, as they would have essentially picked up an extra draft pick just to take on Jackson’s contract, but I would imagine it’s highly unlikely that pick will head to Pittsburgh.

As far as Jackson’s status, while he’s out at least four games, Dulac said that it’s possible he could return this season. At this point, I’m not expecting much production out of him, as it’ll be a battle to get healthy and get on the field to take playing time away from a guy Pittsburgh might want to evaluate further in James Pierre during the last few games of the season. If the Steelers are, by some absolute miracle, in playoff contention by, say Week 15, and they deem Jackson to be a clear upgrade, then he’ll probably get some run. I’m not expecting that to be the case though, and it’s definitely possible Jackson will play a limited role when he returns in order to get some of the younger guys more reps toward the end of a season that won’t end in the playoffs.

The Jackson trade wasn’t a bad trade value-wise when it was made, and now it becomes more tilted in Pittsburgh’s favor. They basically just took on Jackson and his contract for free and were able to land him in a Steelers uniform without going through the free agency process they otherwise would’ve had to if he were cut post-deadline. It was worth the gamble for Pittsburgh at the deadline given the relatively low cost of acquisition, and it still doesn’t look bad now even with Jackson potentially not making much of an impact, if any due to Pittsburgh not needing to give up a pick.