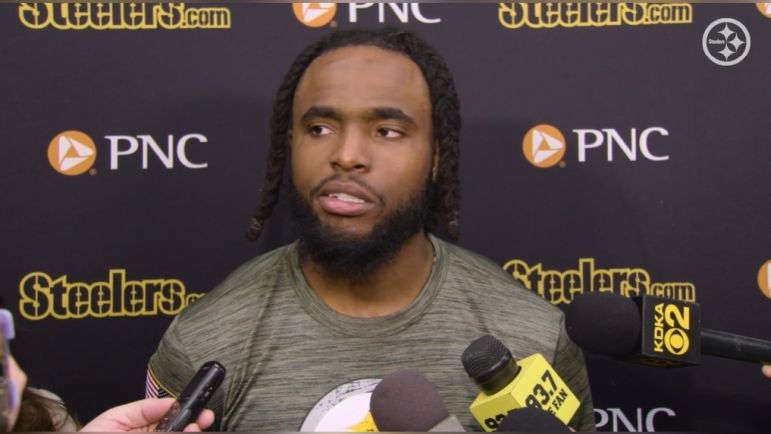 While Diontae Johnson has every right to be frustrated with how the Pittsburgh Steelers have used him this year, he understands opposing defenses are also doing their best to minimize his impact. Echoing comments Mike Tomlin made during his Tuesday presser, Johnson says he’s felt defenses adjust to him this season.

“They’re obviously trying to take me outta the game,” he said via Steelers.com after Thursday’s practice. “I talked to Coach T. Teams can only do that for so long.”

As Tomlin said earlier this week, Johnson is the most veteran and proven receiver on the Steelers’ roster with a Pro Bowl appearance on his resume. That’s led defenses to roll their coverage towards Johnson and forcing Kenny Pickett to look towards other players. The Bengals did so last Sunday, causing Johnson to finish the day with just four catches for 21 yards.

Johnson’s in the middle of an underwhelming year. On pace to have his worst season since his rookie year, he’s no longer the most consistent #1 option in this offense. Other players like George Pickens and Pat Freiermuth have emerged and eaten into the target share. In fact, Freiermuth surpassed Johnson last week as the team’s leading receiver.

In general, it’s been a tough year to be a pass-catcher in Pittsburgh’s system. The Steelers have thrown just seven touchdowns all season, one of which was by the now-traded Chase Claypool, tied for the fewest in football while their 6.1 YPA is tied for the worst mark in the game.

He went on to explain how the Steelers must adjust to what defenses are presenting him.

“Come up with the game plan, move me around…get me in those different spots where I can have those one-on-one matchups with linebackers and stuff like that.”

Johnson will try to get his season on better footing Monday night against the Indianapolis Colts. They’re a defense that plays sound and doesn’t allow the big play, though they’ve given up plenty of underneath passes. That could play into Johnson’s skillset well but Pittsburgh will have to be smarter about their route selection with him, allowing him to play in space and using bunches and stacks to create free releases. But the Colts have solid corners on the outside, led by Stephon Gilmore, so things still aren’t likely to come easy for Johnson this weekend. Then again, not much has for him this year.