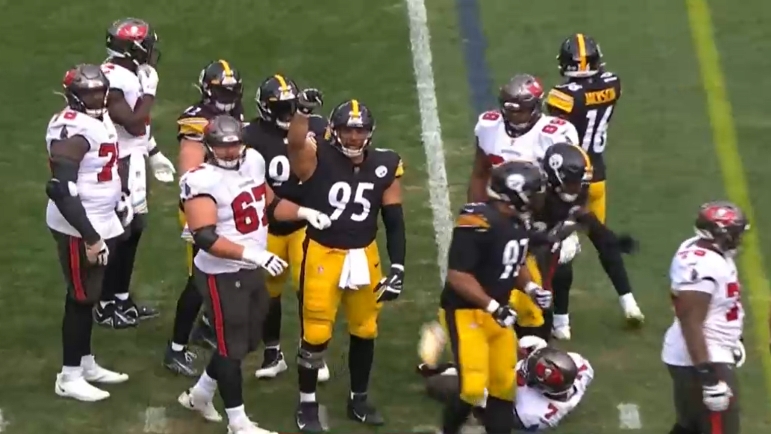 After a career season in 2021 as a full-time starter, Chris Wormley has taken a bit of a backseat once again in the Steel City along the loaded Pittsburgh Steelers’ defensive line, serving as more of a role player than anything else.

Even though he’s taken that step back, Wormley remains a valuable member of the rotation defensively and is in line for a solid payday in free agency after the 2022 season. Quietly, he’s one of the better defensive linemen that will be available in free agency and easily made the latest list of eight “sneaky-good” free agents teams need to be eyeing down the stretch from Bleacher Report’s Kristopher Knox Saturday morning.

Along with the likes of Indianapolis’ Parris Campbell, Cincinnati’s Vonn Bell, New England’s Isaiah Wynn and Las Vegas’ Rock Ya-Sin, Wormley was spotlighted by Knox as a free agent to watch, one that hopefully the Steelers are able to retain for a second time ahead of free agency.

“Wormley can be far more valuable than raw numbers might suggest. Capable of playing on the edge or on the defensive interior, the Michigan product is incredibly versatile,” Knox writes regarding Wormley’s potential in free agency. “It’s been a bad year overall for Pittsburgh’s 28th-ranked defense, but teams should keep an eye on Wormley. If he can flash a little bit of the playmaking ability he showcased a year ago, some team will gobble him up knowing that it’s getting a bargain.”

Since being acquired in a March 2020 trade with the Baltimore Ravens, Wormley has been rather steady and reliable when on the field. He’s not the flashiest player overall, but he can move around the defensive front, rush the passer and play the run at a respectable level.

Ten games into his third season with the black and gold, Wormley has played 1,150 snaps with the Steelers, including a career high of 729 last season. Over three seasons in Pittsburgh, Wormley has averaged a grade from Pro Football Focus of 73.7 overall, which is rather respectable overall for a depth play.

The 2021 season showed what he could be in an expanded role though, recording a career-high 7.0 sacks and 27 total pressures. Moving back into a reserve role this season with the return of Tyson Alualu and the signing of Larry Ogunjobi, Wormley’s play hasn’t dipped, even with the decline in pressures and sacks.

After signing him to a two-year deal ahead of free agency following the 2020 season, the Steelers locked in a key depth piece for the last two years. Now, nearing the end of his contract with the Steelers, Pittsburgh’s new front office should be preparing to do the same thing once again with the 29-year-old versatile piece along the defensive front.