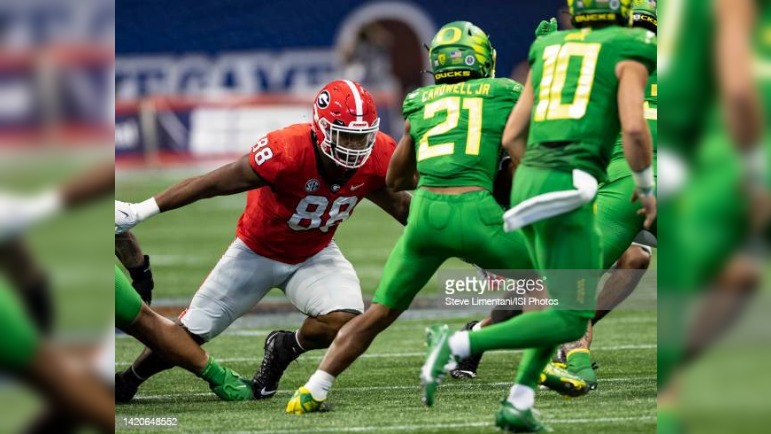 As the Pittsburgh Steelers head into the bye week, two things cross my mind. Number one is, has the bottom fallen out for one of the proudest franchises, not only in the NFL but all of professional sports? Number two is usually an afterthought, at least until the waning weeks of the season, or after the first round of the playoffs, and that’s the team’s draft status.

At 2-6, this is simply uncharted territory for the Mike Tomlin-lead hall club, so do not be the least bit surprised, barring a drastic second-half surge. to see the dots connected in the coming weeks/months to this draft’s top prospects. The team is currently pegged to have a top five draft slot, something that when speaking in “Steelers terms” is akin to walking into a crowded area with your hair on fire; it just doesn’t happen. In fact, we have to go all the way back to 1970 when the team used the first overall pick on QB Terry Bradshaw.

Earlier today, the NFL Scouting Department at Bleacher Report put together their version of a post-trade deadline mock draft, and to no surprise, they had the team tied to one of the top defensive prospects in the draft in Georgia defensive tackle Jalen Carter, whom BR’s Matt Holder labeled “special.”

“He’s physical and strong enough to hold up at the point of attack and win with power as a rusher, and he has nimbleness and athleticism to defeat blocks with finesse as well,” Holder said.

If one recalls last season’s Bulldogs defensive unit, it’s often mentioned as one of the most dominant defenses in modern college football history. To no surprise, the team sent several defensive lineman on-stage to shake Roger Goodell’s hand in the first round last year, including #1 overall pick Travon Walker and Jordan Davis. However, Carter was often hailed as the best of the bunch, which speaks to his freakishly-athletic ceiling.

At 6-foot-3 and 300 pounds, he may be seen as undersized in terms of what the team covers from it’s five-technique defensive tackles. However, his talent is undeniable, and would fill a tremendous need, as Cam Heyward is in his age-33 season. Carter would be a cornerstone of the defense for years to come, likely across from defensive line mate DeMarvin Leal.

“From Joe Greene in the 70s to Cam Heyward now, the Steelers have always had some excellent defensive tackles, and Carter will add to that list,” Holder said.

We’ve seen what the defense looks like minus the best defensive player in football in T.J. Watt, but the unit simply doesn’t instill fear in opposing offenses anymore like it used to. Carter would be a step in that general direction, while the team could perhaps pivot off of him to address several offensive deficiencies with it’s next two picks in the second round, one of which from the trade of Chase Claypool.

What do you think of the Carter selection by Bleacher Report? Let me know your thoughts in the comment section below.