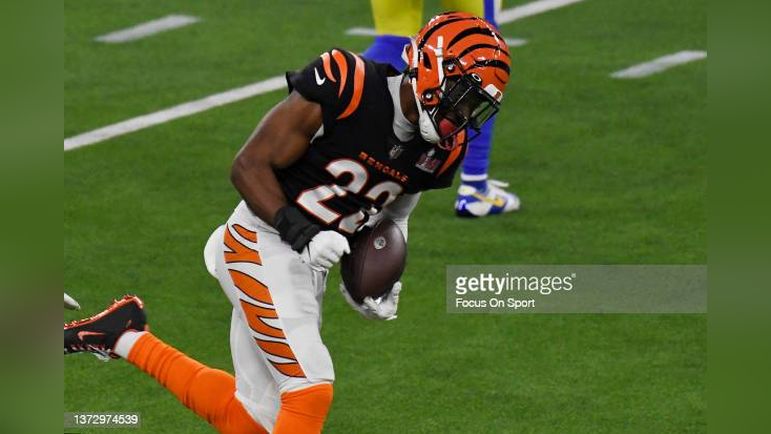 After the Pittsburgh Steelers enjoy their bye week, they will be two weeks away from an important rematch with a divisional rival in the Cincinnati Bengals. We recently learned that Bengals WR Ja’Marr Chase’s status is in jeopardy, but Cincinnati received more bad news following their game against the Cleveland Browns on Monday, when they learned that CB Chidobe Awuzie will miss the rest of the season with a torn ACL. Today, Awuzie was placed on the injured reserve list, confirming his absence for the matchup against the Steelers.

Cincinnati’s pass defense has been stellar all year, as they’ve allowed the third lowest completion percentage, second least amount of passing touchdowns, and are top ten in yards allowed per attempt through the air. While this stout unit won’t become helpless without Awuzie, he will certainly be a major loss that will not be easy to fill the shoes of. Before the injury, Awuzie was part of their starting outside cornerback duo alongside Eli Apple but will now most likely be replaced by rookie CB Cam Taylor-Britt, a second-round pick.

So far this season, Awuzie has 29 tackles, one forced fumble, and five pass deflections. While he was not able to catch an interception during the year, it’s not due to lack of production and overall talent. According to PFF, Awuzie has been an above average cornerback halfway through the season, as his play has amounted to a 72.0 overall grade. On the contrary, Taylor-Britt has produced a very subpar performance thus far through the season, with a 41.2 PFF grade. This lack of success is very common for cornerbacks who are entering their first season in the league, but with the injury to Awuzie, the secondary of the Bengals will surely be weakened.

If the Steelers are able to sweep Cincinnati on the year, it would be a minor win in a season with far more despair than celebration. Nonetheless, a win against a competitive division rival is always something to draw confidence from, especially for a rookie quarterback.