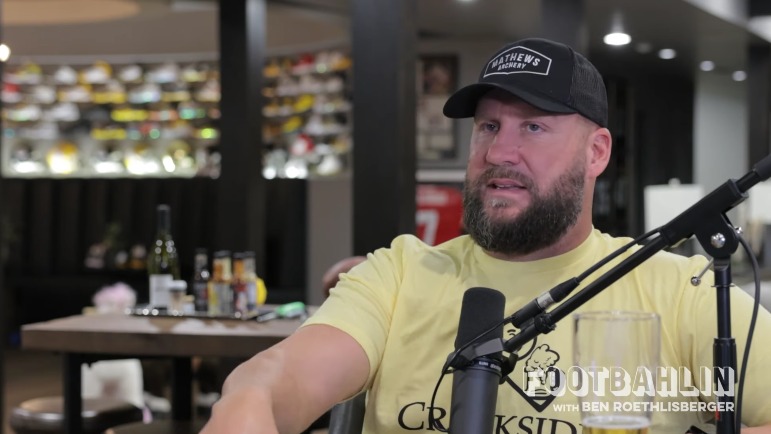 The Pittsburgh Steelers suffered a devastating 37-30 loss this past Sunday when the Cincinnati Bengals came to town, which almost certainly put any longshot playoff hopes to rest. However, perhaps the most upsetting aspect of the game was the nature in which they lost, as the first half of play was the best offense from Pittsburgh that we’ve seen all year, and then the second half the Steelers completely fell flat. Right when it looked as if the team was rounding the corner and forming an identity on offense, the negative plays and poor execution struck, and a miserable offense ensued throughout the second half. While much of that collapse could be put on the defense for allowing 37 points, the offense consistently going three and out was the catalyst for Cincinnati’s comeback.

Certainly, something changed after the halftime break. Pittsburgh’s offense put up a season-high 20 points in the first half, but then only ten in the second half, with seven of those being in garbage time when the game was largely decided. The second half was home to several plays that lacked success in hindsight, but also many that seemed strange to run given the circumstances and flow of the game.

First, the failed flea-flicker directly after an explosive 33-yard gain to wide receiver George Pickens ruined the momentum the Steelers had obtained. The next play was a handoff on second and long, a common phrase yesterday, that went for negative yards. On the next drive, Pittsburgh found themselves starting their possession in Bengals territory, but then after consecutive holding calls and two failed passes, the Steelers ran the ball on 3rd and 25 which gained a measly seven yards, forcing the Steelers to punt. A run in that circumstance was questionable to say the least because it wasn’t aggressive enough to reasonably attempt a first down, and it would’ve needed to go for about 15 yards in order to have a makeable field goal attempt.

“It could have been the defense figuring it out, but it just lacked something,” explained Roethlisberger. “It just didn’t feel like there was the same spark in the second half.”

Even though the schedule loosens up these next two weeks when the Steelers are scheduled to play the Indianapolis Colts and Atlanta Falcons, that offensive spark that Roethlisberger mentioned will still be required. Play-calling has been a hot topic for Steelers fans all year, so it’s interesting to hear a Pittsburgh legend have similar concerns about his prior team and coaching unit.