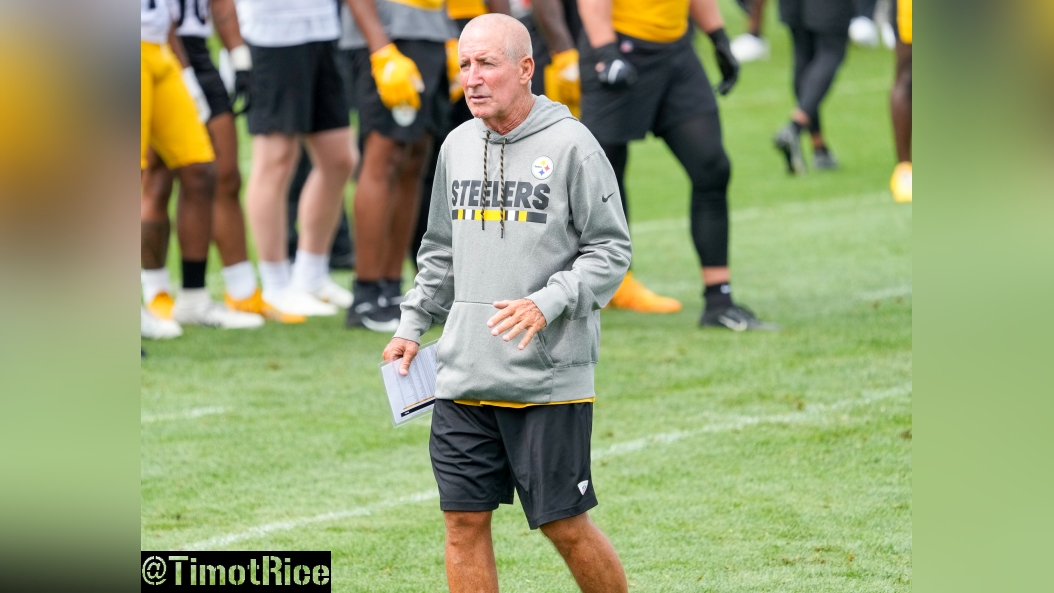 In Mike Tomlin’s mind, whichever coach gains an edge will be whose team wins the game. Speaking to Bob Pompeani during his weekly The Mike Tomlin Show, Tomlin outlined the battle between those two men.

“But I oftentimes think about the two special teams coordinators in this matchup,” Tomlin told Pompeani. “Darrin Simmons has been over there for a long, long time. Danny Smith’s been here a long time. Two really veteran special teams coaches. Consistently both units week in and week out make the splash plays that provide the winning edge for the group. I think that’s going to be a significant component of this game.”

The AFC North is known for a lot of things. First round quarterbacks. Physical play. Intense rivalries. But it should also be known for its special teams. Simmons has been the Bengals’ STs coordinator longer than anyone outside of Bill Belichick has been a head coach for one team. Smith has been coaching special teams since the early 2000s and the Steelers are the only team in football to have just one dedicated special teams coach on its coaching staff, though he receives help from Blaine Stewart and others. And Baltimore Ravens’ head coach John Harbaugh was a longtime STs Coordinator for the Philadelphia Eagles before taking over the Ravens. There’s no shortage of experience of guys who can plan for kicks, punts, and all the rest.

As Week One proved, tomorrow’s rematch could come down to special teams. Minkah Fitzpatrick blocked a game-winning extra point to send the opener into overtime while both sides missed field goals in the extra period until Chris Boswell hit one at the buzzer. Both teams have solid special teams units and when each side is healthy, fantastic kickers. Cincinnati still has Evan McPherson, so crucial to the team’s Super Bowl run last season, while Chris Boswell remains one of the game’s best legs though he’ll sit out this game with a groin injury.

Often, that “winning edge” Tomlin referred to – perhaps a callback to Bill Walsh’s book of the same name – comes down to the small details. Scheming up a wrinkle in the kick return game. Coming up with the perfect punt rush to take advantage of what the opponent does. And the chance for a fake always exists. Close games often come down to special teams. A late field goal, a punt to flip the field, a turnover that helps swing the game. Pittsburgh’s been on both sides of that this season from Boswell’s game-winner in the opener to Gunner Olszewski’s muffed punt in Week Two, to Steven Sims’ 89-yard kick return in the team’s Week 6 upset over the Tampa Bay Buccaneers.

For all the talk of T.J. Watt, Minkah Fitzpatrick, to the Bengals’ big names like QB Joe Burrow, WR Tee Higgins, and RB Joe Mixon, Tomlin says tomorrow comes down to two old-heads on the sideline, Smith and Simmons.

“Those two have been pitted together a lot over the years…it makes the strategy of the game a complex one. And that’s something fans should keep an eye on.”