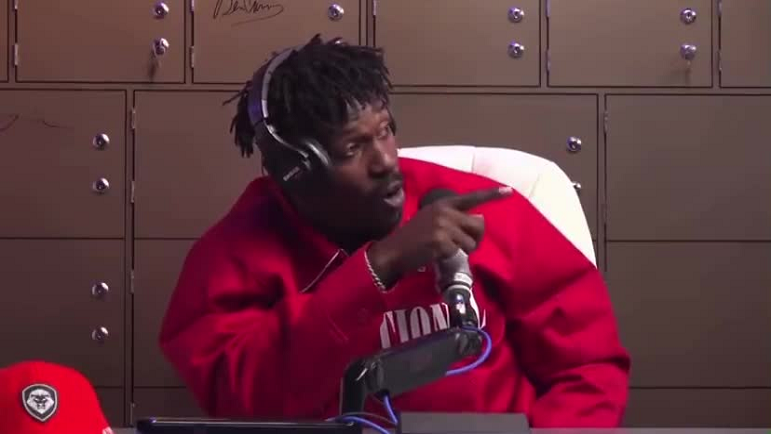 Former Pittsburgh Steelers wide receiver Antonio Brown has made a lot of noise for his off-the-field antics ever since he walked off the field against the New York Jets while playing for the Tampa Bay Buccaneers last season. Brown has found himself doing the podcast circuit, and last week he appeared on the PBD Podcast hosted by Patrick Bet-David. On the podcast, Brown discussed how he doesn’t like the speculation that he has Chronic traumatic encephalopathy (CTE) and specifically from the hit he suffered from Vontaze Burfict in Pittsburgh’s 2015 Wild Card round win over the Cincinnati Bengals.

“You guys pick a point in the career that you guys think you could focus on a target, so you’re saying I got CTE from a hit? So people are saying I have CTE but it’s the same thing that’s killing players. We had players that recently just died from this issue,” Brown said.

Brown also said the fear of getting CTE is what led him to walk off the field last season.

“I walked off the field for that, I didn’t want to get CTE. It’s the same thing they put on me to say I got CTE, they crazy.”

When Brown initially walked off the field, he said it was due to a disagreement between him and then-Buccaneers head coach Bruce Arians about an ankle injury he had. Frankly, it’s hard to take much of anything that Brown says at face value at this point. He’s in the business of promoting himself and his rap career, and at this point, it seems as if he just says things to say them.

Whether or not Brown has CTE, speculating on it probably isn’t going to do any good. Brown’s NFL career is pretty much over and done with after walking off the field last season, and now he’s just trying to stay relevant and in the headlines. While most of the recent headlines have been negative, like when he exposed himself to a woman in Dubai or got ordered to pay a delivery driver $1.2 million, some of his antics just seem like a way for the receiver formerly known as Mr. Big Chest to see himself in the news.

Brown is right that he couldn’t have just gotten CTE from one hit, as it’s repeated brain trauma that causes the injury. Throughout the course of his football career, Brown probably did suffer repeated brain trauma and his antics make it fair for people to wonder if he’s alright. He obviously believes he is though, and these days, Brown is nothing more than a self-promoting clout chaser and it’s hard to take him seriously.