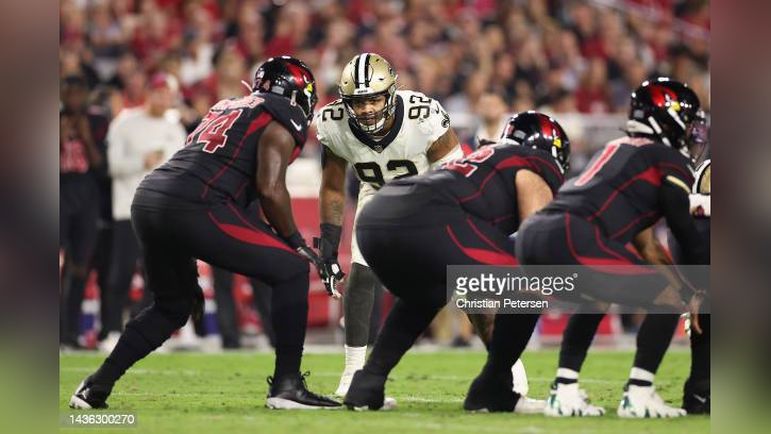 The New Orleans Saints could make the Week 10 trip to Pittsburgh pretty beat up. Already dealing with injuries heading into Monday night’s game against the Baltimore Ravens, the Saints are exiting with a 27-13 loss and more battered players.

All three are significant players to the team. McCoy has been the team’s starting center since being drafted in the second round of the 2019 NFL Draft as the team’s anchor in the middle. Davenport is a former first-round pick the team traded up for in the 2018 NFL Draft. After a nine-sack season in 2021, he’s been far quieter this season, registering just a half-sack. Werner has started all eight games this season and entered the Ravens’ game as far and away the team’s leader with 71 tackles.

Replacing McCoy at center was starting guard Cesar Ruiz. Offensive linemen Calvin Throckmorton came off the bench to replace Ruiz at guard. If Davenport misses, a guy like Tanoh Kpassagnon could see more playing time. A former second-round pick of the Kansas City Chiefs, he’s been with the Saints since 2021. Linebacker Kaden Elliss saw more playing time in replacing Werner and finished the game with five tackles.

New Orleans came into the game without WRs Michael Thomas, on IR, and Jarvis Landry, who was inactive. Thomas will not play in Week 10 while Landry’s status is unknown.

Saints’ head coach Dennis Allen did not provide any injury updates post-game. New Orleans lost to Baltimore as the Ravens controlled the game on the ground, running the ball 40 times for over 160 yards and two rushing scores. The Saints will try to rebound on a short week to play the Steelers this Sunday. Pittsburgh has the home-field advantage and is coming off a bye week, putting them in a good position to start the second half of their season with a win.