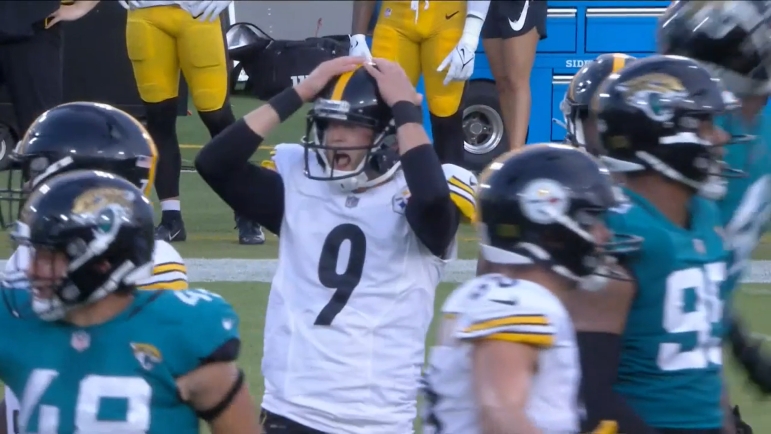 Reasoning: The former Pro Bowl kicker was officially placed on the Reserve/Injured List yesterday after his brother revealed that he would be getting an MRI to determine the severity of a groin injury that caused him to miss the team’s game before the bye week. He will now be required to miss at least the next four games, and possibly more.

Chris Boswell is nearly the best in the business, and quite possibly would be if not for Justin Tucker’s presence. He does deal with some injuries from time to time, however, and this appears to be the most severe of his career.

The Steelers should perhaps deem themselves fortunate that Matthew Wright was available to be signed. A kicker they originally signed as a college free agent back in 2019, he actually filled in for three games for Boswell in 2020 and has had some success elsewhere since then, though without a steady job.

The 2022 season has not been the steadiest of Boswell’s career, and in fact has seen him miss four field goal attempts on 16 tries, even if three of them have been from 40-plus yards, one beyond 50. Five of his makes, however, have been from 50-plus, including a 59-yarder, matching his career best.

He did give the Steelers the game-winner back in week one as time expired in overtime, although he also missed a would-be game-winning field goal on the previous drive and nearly allowed the Cincinnati Bengals to steal the game. That was a miss from 55 yards out, which at the time would have been the third-longest of his career. If memory serves, it had the distance but just doinked off the pole.

One does have to wonder for how long this current injury will sideline him. He’s never been on the Reserve/Injured List before. It seems obvious the Steelers anticipate him missing several weeks. Is it possible that it’s season-ending?

If so, then Wright will get yet another opportunity to audition himself for a job around the league next year. He’s 28-for-32 in his career, an 87.5-percent average, and he’s expanded his range since his last time in Pittsburgh, in fact connecting on a 59-yarder himself earlier this year for the Chiefs.