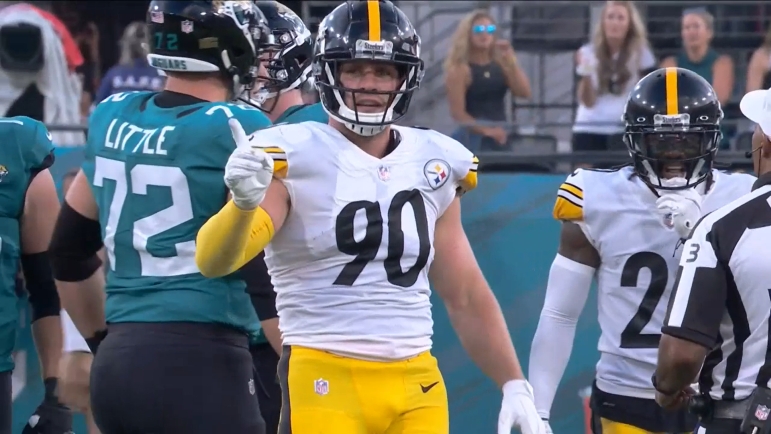 Question: Who will have a bigger impact on the second half of the season: Kenny Pickett or T.J. Watt?

If the 2022 season has shown us anything about the Pittsburgh Steelers, it’s that T.J. Watt is their most important player, at least right now. While they have had the second-worst scoring offense through nine weeks, the defense has frequently been just as big of an issue as the offense minus Watt.

So the question that I pose is the following: will rookie quarterback Kenny Pickett or returning star pass rusher T.J. Watt have a bigger impact on the second half of the season for the Steelers? The preferred answer is always the quarterback, at least when it’s in a positive way, but is it the answer in reality?

It’s easy to slip into the idea that the defense fell apart this year because it hasn’t had Watt. But the defense had Watt last year in a historic individual campaign yet still had the worst defense in the league—and one that required Ben Roethlisberger to execute late-game heroics to record most of the team’s wins.

That’s where Pickett comes in. He had a big opportunity to earn some credit a couple of weeks back. The table was set for him to command a game-winning drive multiple times, but he turned the ball over instead.

But that was then, one game. It doesn’t dictate his future, including what he will do in the second half of the season. Head coach Mike Tomlin was the first to say that Pickett isn’t being graded on a curve and he needs to play winning football now, however.

We’ve seen glimpses of talent from him, some great throws, great decisions, and he’s largely been great under pressure, at least when he does throw the ball. But he still has to put it all together. If he does that, he can define the second half of the Steelers’ season. If he doesn’t, well, Watt still could as well.