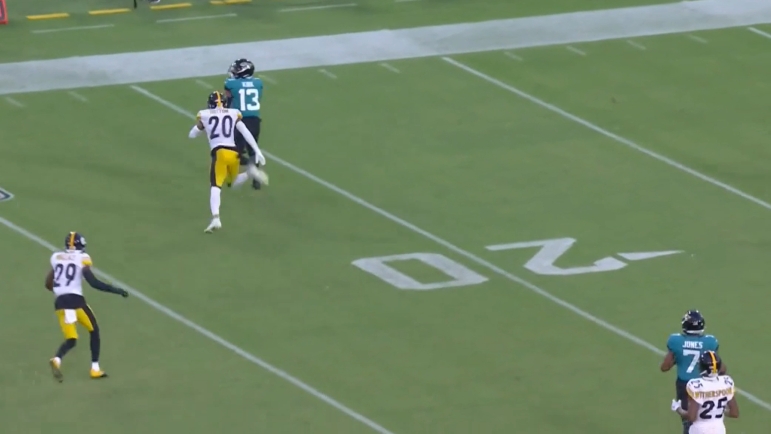 Question: Who will be the primary third cornerback (aka the nickel cornerback) when the Steelers return from the break?

The Steelers have used a variety of different combinations so far this year to get three cornerbacks on the field. The primary look to start the season was with Cameron Sutton sliding into the slot and Ahkello Witherspoon and Levi Wallace playing outside. Arthur Maulet had been mixed in as a slot corner, but that became a necessity when Witherspoon was injured.

Wallace, too, has dealt with some issues that have kept him out of games, but presumably they should have all cornerbacks healthy on the other side of the break. Plus William Jackson III, whom they just acquired via trade. He will start, if they deem him ready.

So that gives you Sutton and Jackson. Who is the number three? Witherspoon just got benched after returning from injury. Wallace missed the last game and he and Witherspoon haven’t been on the field together in a while, so we don’t even know what the theoretical pecking order would look like.

We also have to weigh the considerable role Maulet has played (over 50 percent of the snaps on the season, and closer to two thirds since week four), as well as the opportunities that Pierre has had to play recently.

Given the state of flux the defense is in, as well as the introduction of a key new piece in the secondary, it’s not unreasonable to assume that the Steelers might take their time and try their hand at a variety of combinations before settling on one.

If I were to venture a guess, I might very well say that Witherspoon will get the first crack at being the nickel corner, with Sutton moving into the slot. Though he was benched in the last game, he was coming off of a long period of inactivity due to a hamstring injury. He may be given a second chance, albeit with a short leash, given the presence of Wallace and Maulet (and Pierre) behind him.