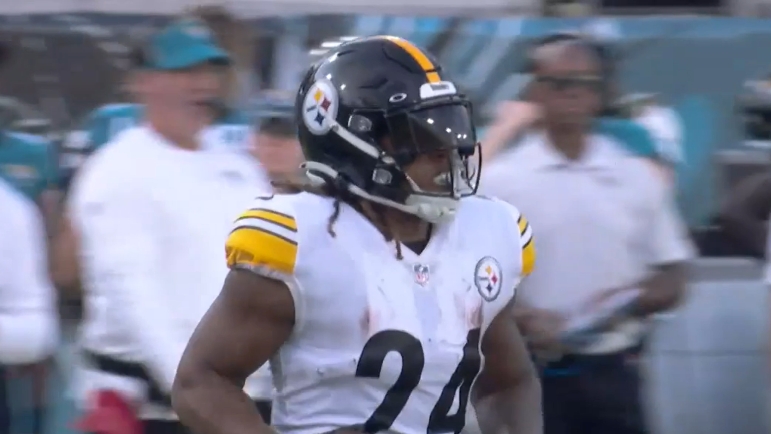 Question: Will we see one last gasp of Benny Snell Football™ in Indy?

With rookie running back Jaylen Warren seemingly trending toward inactive status for the Steelers’ week 12 game against the Indianapolis Colts, the team will inevitably turn to veteran Benny Snell Jr. as their number two back behind Najee Harris.

Warren suffered a hamstring injury early in Sunday’s game, and he has been unable to practice since. If he fails to practice today, then we can safely assume he will be out on Monday night. And Snell, who only played three snaps without touching the ball in relief, would be the next man up.

Formerly a 100-touch-per-year back, Snell’s workload decreased sharply last season with Harris coming in as a workhorse back. Even though the Steelers have largely moved away from the workhorse model this year by intention, it had been Warren absorbing virtually all of those snaps. Snell had zero snaps on offense prior to Sunday.

But Harris is a player who has played wall to wall in games before, so even if Warren doesn’t play, that doesn’t necessarily guarantee that Snell will see meaningful snaps—possibly even any snaps at all. I imagine, though, that Tomlin would not do that, especially with a shorter week to follow.

There was a time that fans were actually excited about Snell, even harboring notions of him being a full-time starter. The truth is that he has actually performed better when given the opportunity to shoulder the load.

You see, his biggest issue has been that he is a slow starter who takes time to warm up, which is a terrible trait for a complementary back. You need to be able to come in cold and deliver quality reps. If your best work comes on your 15th carry and beyond in the fourth quarter, you’re useless in that role.