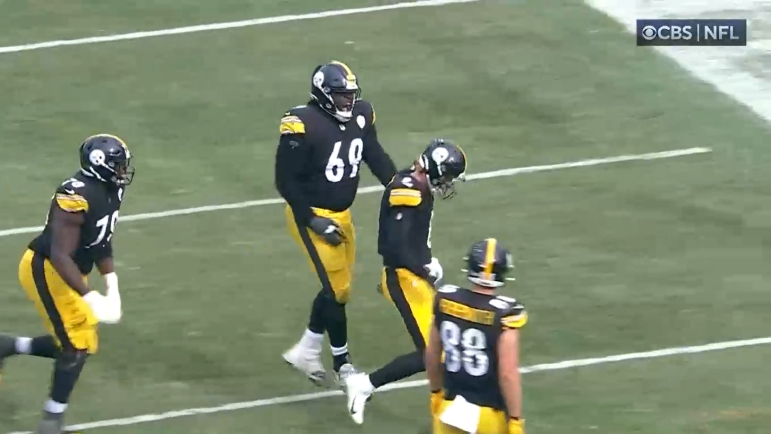 Kenny Pickett has yet to start an NFL game but he’s already getting high praise from his teammates. Zach Gentry told Mike Prisuta via iHeartRadio Pittsburgh earlier today that “there’s no reason to believe” that Pickett won’t be a special quarterback.

“All the first-round quarterbacks that have been taken in the last 20 years, they’re either doing well or they’re kind of fizzled off. So you always have that concern when you draft a quarterback in the first round, a young guy. But he’s displayed nothing but great characteristics on and off the field. There’s no reason to believe he won’t be special,” Gentry said.

The Steelers drafted Pickett hoping he could be their quarterback of the future. If he can be a special player and become a top-five or top-ten quarterback in the NFL, then the Steelers will be very happy with their return on investment.

Pickett hasn’t started a game yet, so it’s too early to determine how good he really will be. The early returns were promising, but he still obviously has some kinks to work out when it comes to decision-making and awareness. Still, he’s just a rookie, so even if he doesn’t come in and immediately look like a rare talent, there’s still a lot of time to develop and become that special player Gentry believes he could potentially be.

If Pickett pans out, the Steelers will be glad to have stability at quarterback in a league where quarterback movement has become commonplace each offseason. With crazy money being thrown at quarterbacks across the board and high-profile trades involving quarterbacks happening every offseason, there’s something to be said for having your guy and being happy with where he’s at. If Pickett plays well though, once he’s extension eligible obviously Pittsburgh is probably going to be one of those teams who need to make a decision on how much they value him.

That’s a long, long way away from now, so it’s barely even worth talking about. First, let’s see Pickett get the rest of the season under his belt as a starter and then we can start to dream about what type of player he might be and if he could be the guy to lead the Steelers to ring No. 7. Right now, it’s time for the Steelers to focus on getting their second win of the season and trying to play spoiler the next few weeks.