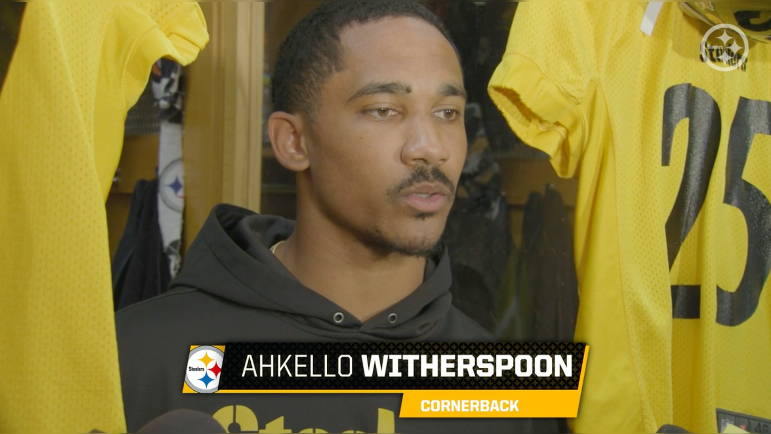 It seemed, at least on paper, like an impossible task. Entering the Week 6 matchup at Acrisure Stadium against Tom Brady, Mike Evans, Chris Godwin and the Tampa Bay Buccaneers’ offense, the Pittsburgh Steelers were going to lean heavily on the likes of James Pierre, Josh Jackson, Quincy Wilson and even Arthur Maulet at cornerback, not to mention Tre Norwood at safety.

That meant the guys like Ahkello Witherspoon, Cameron Sutton, Minkah Fitzpatrick and Levi Wallace were out for an all-important game with the Steelers in the midst of a four-game losing streak and in the middle of a gauntlet stretch of games in the month ahead.

That’s why they play the games, though.

Turns out, Pierre, Jackson, and Wilson were up to the task, helping slow down the Tampa Bay offense, holding Brady to just 243 passing yards and one touchdown, which came late in the fourth quarter. Pierre, Jackson and Wilson played smart, sound football and really made things difficult for Brady throughout the day, tackling well at the catch point and driving on throws as well to disrupt at the catch point.

I asked Tom Brady what he saw from the Steelers secondary, which was decimated by injury. pic.twitter.com/vRul29ay4I

For Witherspoon, who had a front-row seat to the performances of the trio of young cornerbacks, he stated to reporters Thursday during his media availability that he was happy to see them perform at the level that they did, but added that their performances were nothing new to teammates, according to video via Steelers.com.

“They didn’t show us anything new. I think they went out and played with poise,” Witherspoon said to reporters Thursday. “They played within the defense and they made the plays that came to them and that’s what we expect them to do and I was really happy for them as well. ”

It wasn’t anything special that the young defensive backs, in terms of exotic coverages or anything like that. The Steelers simplified things on the back end for the game and let the young players’ skillset take over. It worked out in a big way.

Pierre, making his return to the starting line since early in the 2021 season, redeemed himself in a big way after seeing his role decline throughout last season and early into the 2022 season. On an island most of the game, Pierre played very well. In 39 coverage snaps, according to Pro Football Focus, Pierre was targeted seven times but allowed just three receptions for 23 yards, good for a 51.15 passer rating.

Pierre was also one of just six outside corners played at least 25 coverage snaps this week and allowed only one reception as the nearest defender, according to Next Gen Stats.

Jackson did a great job of tackling the catch, not missing a single tackle in the win, which was huge. You’re going to give up completions in Cover 3 when playing off, allowing the underneath throws. It’s important to tackle the catch, though, and that’s what Jackson did in 54 snaps on the day.