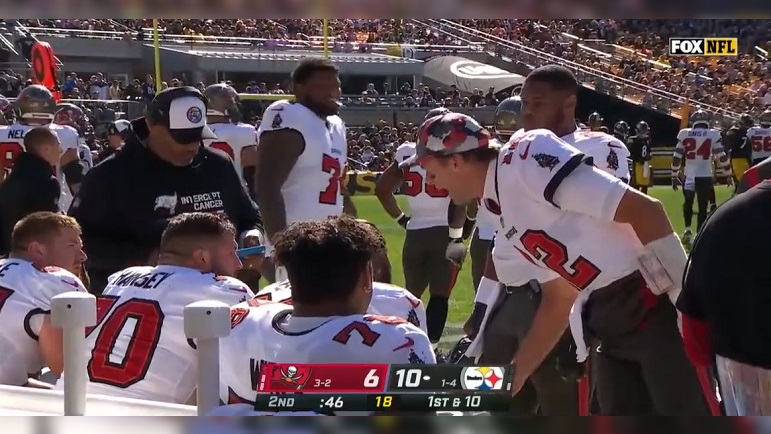 “I think anytime you lose it’s not very fun for any of us. I think we’ve just got to go play better. I think that’s the reality to solving a lot of issues, is to play better and to win. Yeah, I’ve definitely been a part of seasons where we have not played as well as we’re capable, and I don’t think it’s as enjoyable for anyone. I think everyone is working hard to get it right,” Brady said at his press conference, via the Buccaneers’ YouTube channel.

Coming off the heels of his comments where he compared going off to a new season like being deployed in the military (which he apologized for in today’s presser) and the lack of an outright denial from Brady, it certainly seems as if Roethlisberger wasn’t too far off in his observation. Brady’s point is obviously that winning makes everything better, and he’s done a lot of winning in his 23-year NFL career, but right now Tampa Bay is performing below expectations at 3-3. Which really isn’t that bad of a record, but I’m sure losing to a 1-4 Pittsburgh team is probably bothering Brady, especially given it was their third loss in the last four games.

Brady retired, then unretired to come back and try to chase his eighth Super Bowl ring with Tampa Bay this season. The decision to come back has reportedly caused a rift in his marriage to supermodel Gisele Bundchen, which coupled with Brady’s decision to attend Robert Kraft’s wedding two nights before a game, might show that his heart just isn’t fully in it this year. That might be a crazy thing to say, given that it’s Tom Brady, but to me, it seems as if his attitude this year is somewhat reminiscent to his last year in New England, when the Patriots were unceremoniously bounced in the Wild Card round at home against the Tennessee Titans.

At that point, it was clear to Brady he needed a change and a new challenge, and he left in free agency to join Tampa Bay. Now, there’s really nowhere else for him to go and nothing left for him to do. He won a ring in Tampa away from New England and Bill Belichick and proved he could play until he was 45, something he previously said he wanted to do. With his team not playing elite-level football and questions in his personal life, Roethlisberger is probably right that Brady probably didn’t want to be out there on Sunday. If you aren’t having fun with something, why would you continue to do it? Brady also flat-out said that he’s not happy right now.

His comments would make more sense if the Bucs were out getting smoked every week. But they’re 3-3 and the best team in a weak NFC South. Sure, they aren’t as good as expected, but if the season ended today, they’d be a top-four seed in the NFC. Right now, it just sounds like Brady’s head isn’t the game. Maybe he should take some advice from Troy Bolton.