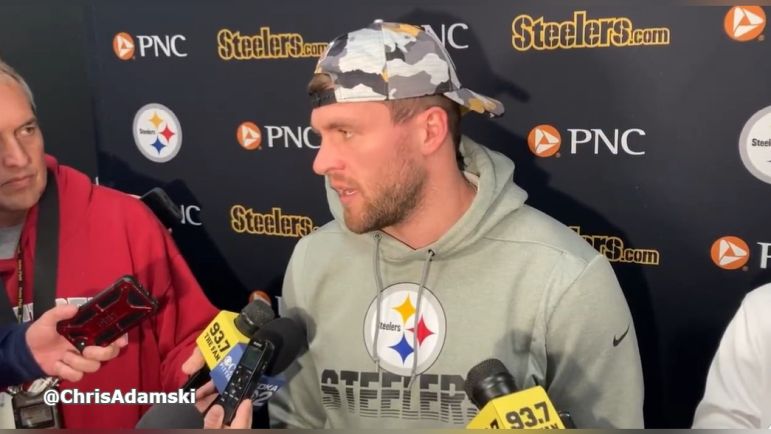 Pittsburgh Steelers star outside linebacker T.J. Watt truly is an alien visiting from another planet. He continues to show that time and time again.

After having his 21-day window activated Wednesday in his return from the Reserve/Injured list from the pectoral injury he suffered late in the Week 1 overtime win against the Cincinnati Bengals, Watt told reporters Friday that he’s “heading in the right direction” and “encouraged” with where he’s at in his return to practice, adding that he’s unsure if he’ll play Sunday against the Eagles, but didn’t rule it out, according to multiple tweets from ESPN’s Brooke Pryor.

More from Watt: “I feel very encouraged about where I’m at now.” https://t.co/quGpnDClXI

“I feel very encouraged about where I’m at now,” Watt stated to reporters, according to the tweet from Pryor. Asked if he could play against the Eagles on Sunday inside Lincoln Financial Field, Watt was quick to downplay the question.

In his return from the injury with his 21-day window opening Wednesday, Watt has been a full participant each day. That goes in line with the 45-minute pre-game workout he did in Miami on Sunday ahead of the Steelers-Dolphins matchup on Sunday Night Football.

While his status remains up in the air, it wouldn’t be surprising to see Watt on a limited snap count in the matchup with the Eagles, giving the Steelers a real jolt of energy, especially defensively, in the final matchup heading into the bye week.

If he's cleared medically, I'm playing T.J. Watt Sunday. No question in my mind. Might only be 20-30 snaps but this team needs all hands on deck. 2-5 against the undefeated Eagles, go down swinging. #Steelers

If he’s healthy enough to practice and feels confident enough to play on a limited basis, you trot him out there in Week 8 against the Eagles.

Having that guy healthy and on the field would help the Steelers attempt to defend the Eagles’ RPO offense with the mesh/charge that Cameron Heyward talked about earlier in the week. The Eagles are a dynamic offense that will be tough to deal with overall. Having an All-World caliber linebacker back on the field would be nothing but a positive.

We’ll see what his game status looks like on Saturday, and what roster move would happen if he’s activated, but hearing Watt not rule out playing on Sunday completely is encouraging.