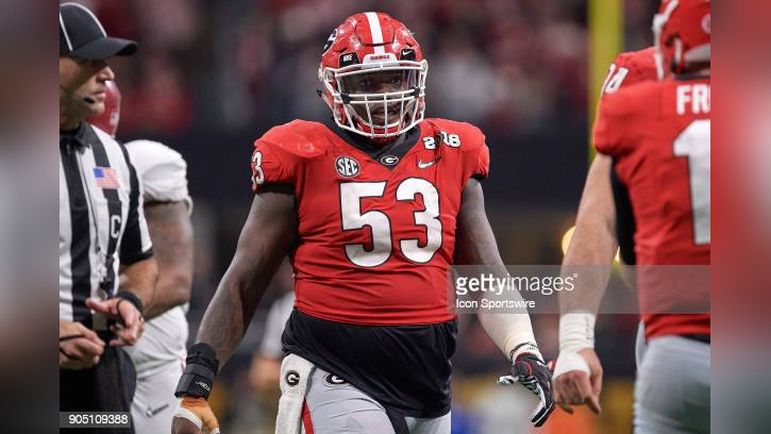 Center Lamont Gaillard visited and tried out for the Pittsburgh Steelers’ Tuesday according to the NFL’s transactions report via Pro Football Network’s Aaron Wilson.

Gaillard is a former sixth round pick of the Arizona Cardinals in the 2019 draft. Appearing in thirteen games, he’s made a pair of starts, all coming in 2020 with the Cardinals. He made his first start that year by replacing Mason Cole, now the Steelers’ starting center. Cut by Arizona in the summer of 2021, Gaillard was claimed off waivers in July by the Cincinnati Bengals and spent most of the season on the team’s practice squad. He spent the 2022 offseason with the team before being released at final cutdowns.

Gaillard played his college football at Georgia, making 42 career starts for the Bulldogs.

He was one of the players on Jonathan Heitritter’s wishlist in 2021, writing:

“Despite being only 6’3, 305lb, Gaillard plays with a fair amount of anchor and strength for his size flashing good technique in pass protection like seen below from the LG spot as well as the mentality to get after it in the running game.”

This is likely the team updating its emergency call list. Tuesday is the typical day for the Steelers to bring in players to work out should injuries strike later in the season. Mike Tomlin didn’t name any injuries to the Steelers’ offensive line during his Tuesday press conference. The current centers on the Steelers’ roster include Mason Cole, J.C. Hassenauer, and Ryan McCollum (on the practice squad) while Kendrick Green and John Leglue are emergency options.