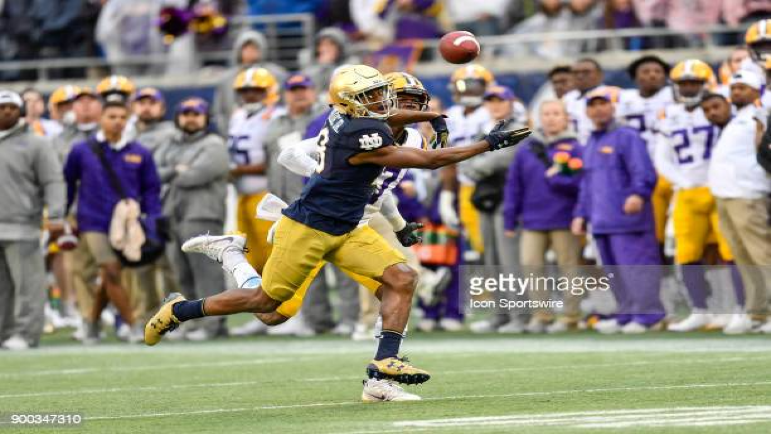 Pride was a fourth-round pick by Carolina in the 2020 NFL Draft. In 2020, Pride played in 14 games with eight starts for the Panthers, registering 42 total tackles and two pass deflections, playing 57% of their total defensive snaps. He suffered a knee injury in the 2021 preseason and went on IR, and was waived last May after a failed physical.

At Notre Dame, Pride, who was also a sprinter on the school’s track team, had 121 total tackles, four interceptions, and 18 pass deflections during his career. He ran a 4.40 40-yard dash at the NFL combine.

Pride offers an option for potential secondary depth in Pittsburgh as they still deal with injuries. The team signed cornerback Duke Dawson to the practice squad last week, and Pride could potentially be another option for the team.

Obviously, he has to be healthy, and it seems as if the knee injury he suffered has caused him some issues, hence why he’s still a free agent after getting good playing time for Carolina as a rookie. Granted, he wasn’t super productive in Carolina, allowing 29 completions on 41 targets for 389 yards and two touchdowns when targeted, allowing a whopping 116.8 quarterback rating when he was targeted. For a guy with NFL experience though, it could be worth it for the Steelers to potentially take a flier given their injury problems right now.