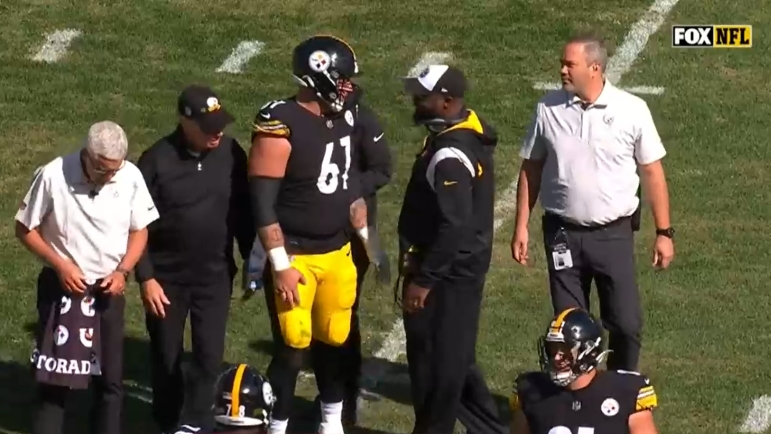 CB James Pierre came off the field slowly with what appeared to be an upper-body injury on a 2nd and 11 incompletion. Pierre hit Chris Godwin on the play with his shoulder and went down immediately and was helped to his feet by trainers. He slowly walked off the field and surely will be evaluated further.

LB Myles Jack stayed down after an 11-yard completion to Chris Godwin in the fourth quarter. Jack was waling off the field next to team trainers. We will update his status as we know it.

Kenny Pickett is out for the game with a concussion.

Update: Ogunjobi has returned to the game.

Larry Ogunjobi went down and was injured after a 3rd and 2 first-down run by running back Leonard Fournette. Ogunjobi had a nice run stop on the goal line and a pressure on Tom Brady. Ogunjobi was tended to by trainers on the field. He was also injured last week with a back injury and missed some practice time this week with the injury. He was seen heading to the blue medical tent but he did walk off the field. It appears to be a lower leg injury.

UPDATE: Cole has returned to the game.

Pittsburgh Steelers Center Mason Cole was injured on a five-yard run by WR Diontae Johnson in the second quarter. Cole was on the injury report this week for a right foot injury and didn’t practice until Friday, and he appears to still be banged up. He walked off the field with team trainers. He’ll likely be replaced by J.C. Hassenauer and we will keep you updated as to his status.