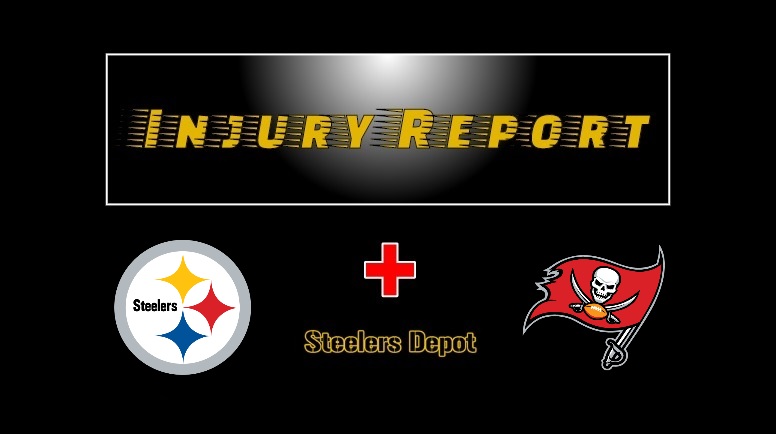 The Pittsburgh Steelers have now released their second official injury report of Week 5, and the Thursday offering shows some good news when it comes to a few key players ahead of the team’s Sunday home game against the Tampa Bay Buccaneers at Acrisure Stadium.

Not practicing again for the Steelers on Thursday were center Mason Cole (foot), safety Minkah Fitzpatrick (knee), defensive tackle Larry Ogunjobi (back), cornerback Cameron Sutton (hamstring), and cornerback Ahkello Witherspoon (hamstring). We’ll have to see what Friday holds for all five. Witherspoon has been sidelined for the last two games, so it’s really looking like he won’t play again on Sunday.

Listed as being limited in practice on Thursday for the Steelers were cornerback Levi Wallace (concussion) and tight end Pat Freiermuth (concussion). Wallace was listed as not practicing on Wednesday while Freiermuth was listed as a limited practice participant yesterday. With both players dealing with concussions, it’s hard to speculate if either will play on Sunday against the Buccaneers.

Practicing fully for the Steelers on Thursday were defensive tackle Montravius Adams (hip), tight end Zach Gentry (knee), wide receiver Diontae Johnson (hip), and safety Terrell Edmunds (concussion). Adams was listed on Wednesday as not practicing, so he’s certainly moving in the right direction. The same goes for Johnson and Gentry moving in the right directions. Johnson was listed as a limited practice participant on Thursday, while Gentry sat out yesterday. As for Edmunds, with two full practices in a row now under his belt, it looks like he is on track to play on Sunday after missing the team’s Week 5 Sunday game with a concussion.