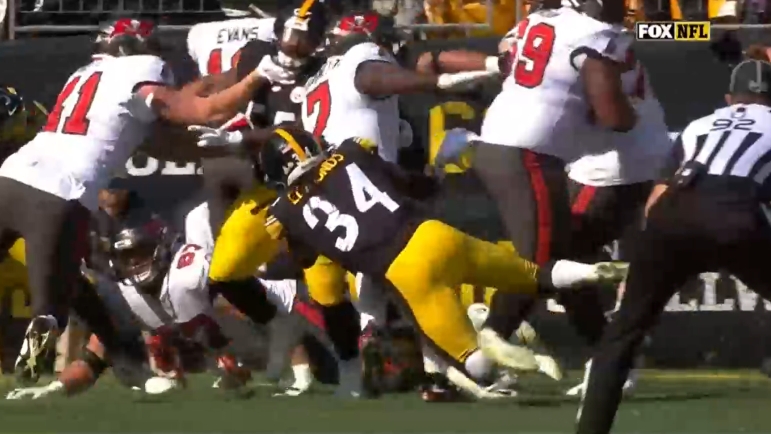 The Pittsburgh Steelers are coming off a shocking upset victory against the Tampa Bay Buccaneers, a game very few expected them to win. More than anything, this was shocking given that the team’s prior four game losing steak and penultimate 38-3 loss to the Buffalo Bille. As such, many are reconsidering their assessment of this Steelers team, including Pete Prisco of CBS Sports, who moved the Steelers up three spots from 29th to 26th on his power rankings.

“The defense showed well in limiting Tom Brady in their upset of the Bucs,” Prisco said on his Wednesday article for CBS Sports in justifying the Steelers placement on his power rankings. “That’s the Steelers way.”

As of now, it is hard to argue with the Steelers being ranked at 26. The team has many issues on both sides of the ball, and are suffering from several key injuries. Outside of a handful of drives, the team’s offense is stagnant at best. On the other side of the ball, the pass rush has been unable to replicate any approximation of linebacker T.J Watt’s production, which is particularly troubling given the importance of pass rush to this defense’s identity.

On the other hand, the team did beat quarterback Tom Brady, who was 12-3 against them including the playoffs coming into this game, without their top three corners and All-Pro safety. In 100 universes that this game is played, it’s hard to imagine cornerbacks Josh Jackson and James Pierre holding Brady and the Tampa Bay offense in check in more than one of them. However, it did happen, and the team and coaching staff must be given proper credit.

This game will likely go down as one of head coach Mike Tomlin’s bet coaching jobs in his tenure. Getting the last laugh against Brady in what is likely the last time the team faces him is great, and doing it with a commendable defensive defensive end despite a hoard of injuries on that side of the ball is even more so. If there is a one-game embodiment of the “Steelers way,” it was this game.

As the team prepares to face the Miami Dolphins, they will have a chance to be 3-4 and one game closer to the return of Watt, whom they are 1-8 without. If the team can manage to pull off one or two upset victories against the Dolphins and the subsequent matchup against the Philadelphia Eagles, they may sneak into the top half of power rankings, and maybe even the playoff conversation.