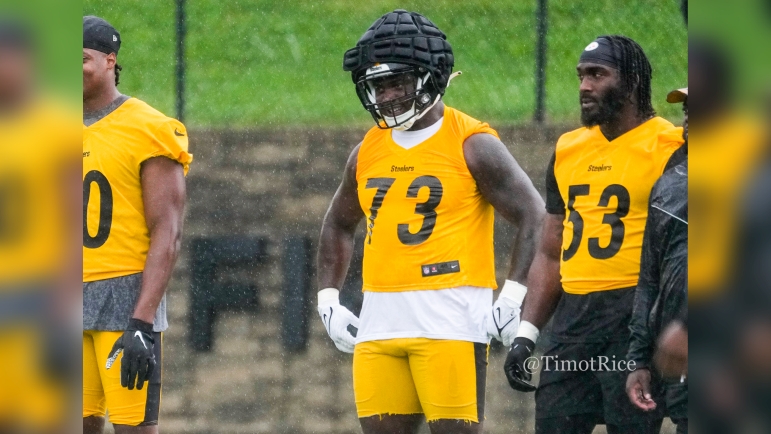 The Pittsburgh Steelers have made several roster moves ahead of tomorrow’s game against the Philadelphia Eagles. The team announced the following moves: signing K Nick Sciba to the practice squad and then elevating him to the active/inactive roster, elevating DT Carlos Davis to the active/inactive roster, and releasing WR Josh Malone from the practice squad.

Sciba is added to the roster to replace the injured Chris Boswell, out with a groin injury. An undrafted free agent with the team this summer, Sciba will make his professional debut Sunday. He is one of the most accurate kickers in college football history, connecting on just under 90% of his career attempts.

Carlos Davis is slated to make his 2022 debut thanks to injuries to DeMarvin Leal – on IR for several weeks – and Larry Ogunjobi, ruled out with a knee injury. An injury limited Davis to four games last season, logging only 50 total snaps. A former seventh-round pick, he’s made 11 career tackles.

Malone was signed to the team’s practice squad on October 18th. He could circle back if Boswell’s injury is short-term and Sciba is only needed for one week.

As noted moments ago, T.J. Watt wasn’t part of the team’s roster moves. He remains on IR and will not play against the Eagles.