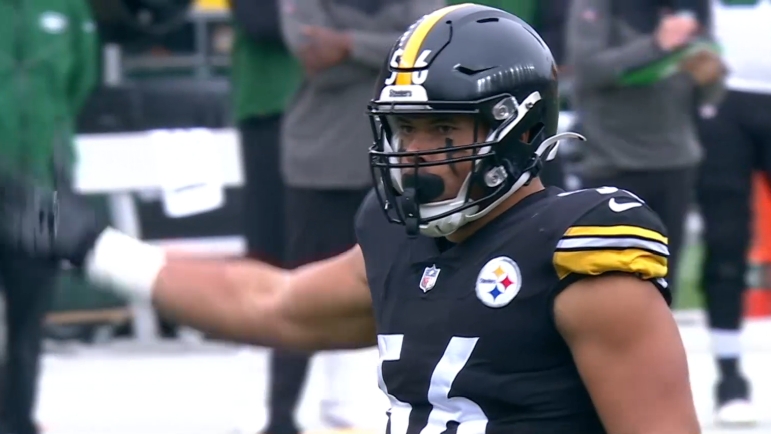 Things aren’t going well at the moment for the Pittsburgh Steelers in the midst of a four-game losing streak to fall to 1-4, especially on the defensive side of the football.

Without all-world outside linebacker T.J. Watt on the field for the time being due to a pectoral injury, the Steelers’ defense went from seemingly unbeatable in Week 1 to below average in just one month of action. Granted, it hasn’t been just Watt missing time, as cornerbacks Ahkello Witherspoon, Cameron Sutton and Levi Wallace are all banged up, Cameron Heyward and Minkah Fitzpatrick are dealing with multiple injuries, and Terrell Edmunds missed time with a concussion.

Dealing with the amount of injuries they’ve had on the defensive side of the football has tested the limited depth the Steelers have defensively, which has led to some poor showing overall in the last month, including games against the Patriots, Browns and Jets in which the Steelers couldn’t get stops when needed in the second half, resulting in frustrating losses.

As the season moves deeper into October and the schedule gets harder, all the attention is seemingly on the defensive side of the football. For third-year outside linebacker Alex Highsmith, the group has to stick together and get back to having fun on the field in order to turn things around, starting in Week 6 against the Tampa Bay Buccaneers.

“Just getting back to having fun. Man, Week One we were having fun. We were getting after it, creating turnovers,” Highsmith said to reporters Wednesday, according to video via the Steelers’ official YouTube page. “And so, I think it just gets back to that, just having fun together and just really sticking together. Because, I think, during this time it’s easy for guys to just kind of separate, but we gotta stick together.

Sticking together and getting back to having fun only goes so far in the NFL. Right now, with the injuries that the Steelers are dealing with defensively, getting back to the fundamentals and staying assignment sound and simply doing one’s job will go a lot further than camaraderie and togetherness.

The Steelers aren’t showing signs of coming apart at the seams as a team, but there’s only so much the group can do with the talent it has available at the moment. In recent weeks, being left on the field for long stretches after short offensive drives came back to bite the Steelers defense late in games. The last two weeks though that hasn’t quite been the case; they’re just simply not stopping anybody.

Good news is they might get a bit of a reprieve in Week 6 against the Buccaneers, who aren’t as potent as other offenses they’ve faced so far this season despite having some big-name players. On the year, the Buccaneers have scored just nine offensive touchdowns (two rush, seven pass) on the season.