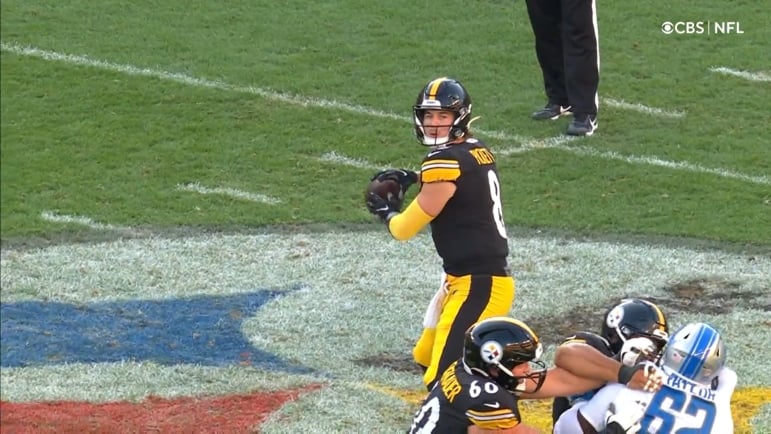 The Pittsburgh Steelers are heading into a tough matchup against the Buffalo Bills on the road. Perhaps the most complete team in the NFL, the Bills have no shortage of top level talent on either side of the ball. With four games on paper, there is an ample sample size to examine what both team’s look like. As such, here are five statistics to look for this Sunday at 1:00 PM EST.

4-8. The Bills are favored by 14 points against the Steelers in Week 5. Historically, the Steelers are 4-8 when the opposition is favored by over 10 points. The most recent win came in 2000, where they beat the Jacksonville Jaguars as 11 point underdogs.

3. The Bills’ defense ranks top three in almost every category. That is, they are first in pass defense, third in run defense, first in interceptions, second in sack percentage, tied for first in least yards allowed, and second in points allowed per game. Though it is early, these numbers do compare to the Steelers’ 2008 Super Bowl winning defensive unit. The Steelers’ offense will have their work cut out for them, to say the least.

16-43. Rookie quarterbacks are 16-43 all-time when they make their first start on the road. Recent wins include New York Jets quarterback Sam Darnold against the Detroit Lions in 2018, Tennessee Titans Marcus Mariota against the Tampa Bay Buccaneers, Washington Robert Griffin III against the New Orleans Saints in 2012, and Kansas City Chiefs Patrick Mahomes in 2018. Out of those four recent matchups, Darnold and the Jets were 7 point underdogs, while Griffin III and Washington were 9 point underdogs. Needless to say, a Steelers victory would be a historic accomplishment in more ways than one.

8.0. The Steelers have 4.6 CAY/CMP (completed air yards per completion), which ranks 31st in the NFL. However, in his second half debut in Week 4, Pickett had 8 CAY/CMP, which would rank first in the NFL by a mile. Needless to say, this will decrease with a higher sample size, but it is a reason to have optimism for this offense on Sunday and moving forward.