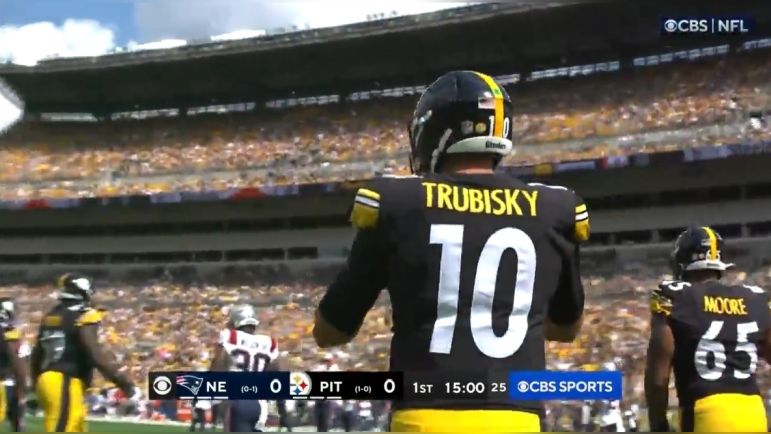 As the Pittsburgh Steelers prepare to face the New York Jets at Acrisure Stadium Week 4, they will face former second overall pick Zach Wilson in his season debut. While Wilson struggled in his first season, the verdict is still out, and the Steelers will be the first to find out how much he progressed. This is a favorable matchup for the Steelers, and three games are a reasonable sample size to go off of. As such, here are some statistics to look for for the Week 4 matchup.

1. Steelers’ guard James Daniels is PFF’s #1 ranked guard for pass blocking. According to ESPN, he has won 97% of his pass blocking downs. Maintaining this level of play will be key against the likes of Quentin Williams and Sheldon Rankins on the Jets’ interior.

1-5. Zach Wilson is 1-5 on the road and has a 65.7 passer rating with 1,063 yards, 3 touchdowns and 5 interceptions. As he sets to make his season debut, the Steelers must take full advantage of their home field advantage.

130.3. Through three games, opposing quarterbacks have a 130.3 passer rating and 76.9% when targeting rookie corner Ahmad Gardner. Assuming that he will be paired up against top receiver Diontae Johnson, this will be a matchup to exploit for quarterback Mitchell Trubisky.

4.2. Mitchell Trubisky averages 4.2 air yards per attempt. How does this rank compared to the rest of the NFL? 13th, and tied with Los Angeles Chargers quarterback Justin Herbert as well as Kansas City Chiefs quarterback Patrick Mahomes. The key difference is: Trubisky has not attempted a pass over 40 air yards this season.

3 of 4. Three out of the four reception leaders for the Jets are tight ends and running backs, outside of rookie receiver Garrett Wilson. With Zach Wilson making his debut and replacing long-time Steelers’ rival Joe Flacco, look for this ball distribution to potentially change.