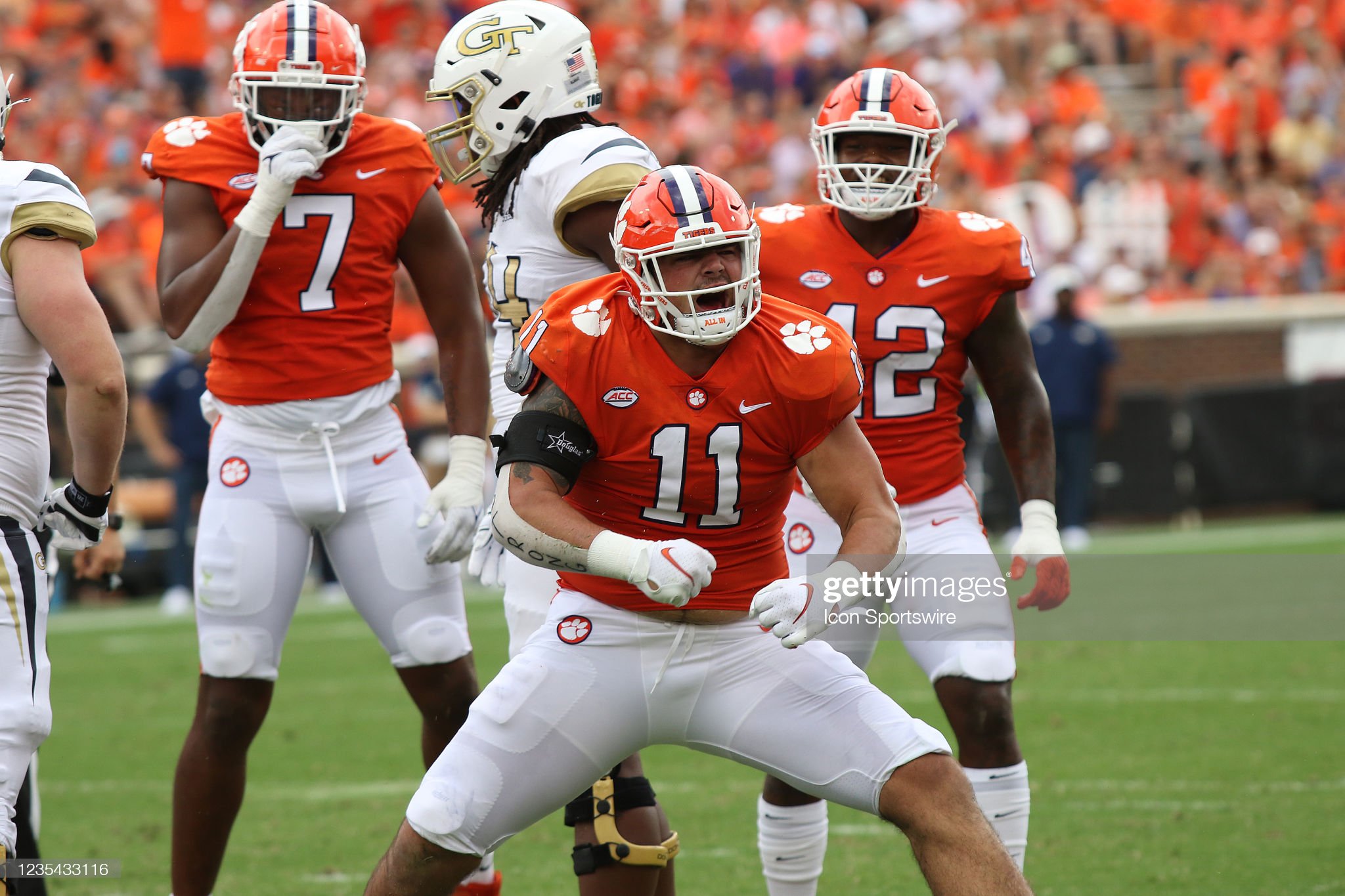 The Clemson Tigers came back from behind to avoid the upset at home, beating the #14 Syracuse Orange 27-21. The Tigers made a change at QB, putting in Cade Klubnik to help spark the offense. Still, the defense came up big in the win with nine TFLs and five sacks. DL #11 Bryan Bresee made his return to the field after missing nearly a month of action due to the tragic loss of his younger sister to brain cancer as well as missing the last two games for what was deemed a non-football medical issue. The talented defensive lineman has been touted as one of the best prospects in the 2023 draft class, but undoubtedly was going to have to knock off some rust after missing nearly a month of play.

Bresee recorded one tackle and a sack this past Saturday against the Orange. When watching the tape, Bresee pops off the screen in terms of his physical stature and the tools he has in terms of his burst, closing speed, and power. However, the actual results of his play yielded very little production due to various technical flaws in his game. Bresee is a talented, yet raw defender that needs to work on his pad level, hand usage, and use of strength to maximize his immense physical abilities.

In this first clip, we see Bresee line up head-up on the RG and attempt to rip inside with his rush on a club to the blocker’s midsection. The block attempt fails and Bresee gets neutralized by the RG as the blocker gets hands-on Bresee’s chest mirroring him laterally as he tries to get off the block. The offensive line gives the QB enough time to pass the ball from a clean pocket, connecting with his receiver downfield for an explosive play of nearly 20 yards.

We see a similar problem here on this play with fellow DL #13 Tyler Davis gets the sack. Watch Bresee line up in the right-side A-Gap and engage the center on the snap of the football. He lets the center gets hands inside his shoulder pads and ride him the entire play as Bresee is unable to to get off the block. Bresee may be spying here to prevent the QB from escaping the pocket, but we see his eyes locked on the passer with no hand usage to try a shed the block and continue his pursuit into the pocket as Davis defeats him man for the QB takedown.

Bresee stands 6’5, 305lb with impressive strength and quickness for his frame, yet needs to do a better job of playing under control with leverage to be more effective as a run defender and pass rusher. For instance, on this play backed up in their red zone, Bresee executes a twist with Tyler Davis where he loops around to get into the gap to rush the QB. He ends up getting chipped by the LG who climbs to the second level to pick up the linebacker, stalling Bresee just enough to keep him from getting into the pocket.

The pocket collapses and the QB escapes, taking an angle to the end zone where he gets in for six. The score isn’t completely on Bresee here, but you do wish to see him stay on-track better with his rush.

When Bresee gets in on the play, it often comes on clean up duty rather than by high-quality block shedding. Case-in-point here on this rep where Bresee runs into the center high and upright with no real pass rush move used. He ends up sitting at the LOS with his eyes on the QB rather than trying to disengage the block. We see Davis again beat his man by ripping though his outside shoulder into the pocket to bring the QB down. At this point, the passer steps up to try and avoid the rush, walking right into Bresee who can reach out and get a hand in on the play.

On Bresee’s biggest play of the day, he wasn’t even blocked at all. Bresee’s sack came near the end of the game when the OL was asked to block down with the RT having to down block Bresee on the RPO. The RT shoots forward with eyes down and shoulders over his toes, completely whiffing the block as Bresee runs through the game unimpeded to the QB and brings him down for the sack. Give Bresee credit for his quickness to shoot the gap but given the RG’s expression of trying to reach back after he ran past him, it appears to be a clear miscommunication upfront which Bresee capitalized on.

Overall, it was to be expected that Bryan Bresee would be a little rusty in his first game back after an extended absence. However, the technical issues I saw in my summer scouting breakdown of Bresee are still there and are directly playing into his lack of disruption and production. In four games played this season, Bresee has nine total tackles and 1.5 sacks. For reference, his teammate Tyler Davis who is undersized and projected to be a late Day Two/Day Three pick this spring has 21 total tackles, four sacks, and a forced fumble in six games played.

While Bresee got some run on third downs, he often got pulled off the field on pass rush situations. This could have been due to him missing time and the DL rotation, but his ineffectiveness as a pass rusher also likely played a role with him playing around half the third down snaps. There is no denying Bresee’s physical gifts and the potential he has given his size, frame, and athleticism. Still, while those issues including hand usage, leverage, block shedding, and awareness can improve over time, I would personally be hesitant in investing a top ten selection in a defender that may have the tools but has shown no consistency in terms of putting the whole package together.

This isn’t meant to knock Bresee as a talent. The pedigree and upside are there for him to become a disruptive force in the league for a long time. Instead, given his health history dating back to last season and the lack of development at this stage, I would suggest that the draft community look at Bresee as more of a late Day One or Early Day Two prospect now given his potential but various existing flaws in his game. Some seasoning could turn him into a quality player, but the bust potential is also there for a prospect so raw when it comes to football skill.