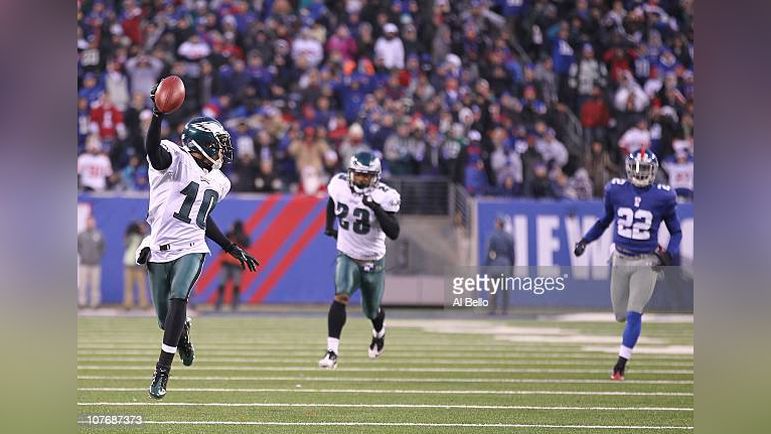 When the Pittsburgh Steelers twice face the Baltimore Ravens later this season, they’ll have to deal with still-speedy veteran wide receiver Desean Jackson. After visiting the team, Jackson is signing a one-year deal with the Ravens, per ESPN’s Adam Schefter.

Ravens are signing veteran WR DeSean Jackson, his agent @DrewJRosenhaus confirmed. At 35, Jackson is back for his 15th NFL season.

Baltimore’s looking for an infusion of speed to its offense after trading away Hollywood Brown to the Arizona Cardinals this offseason. The Ravens have limited passing threats outside of TE Mark Andrews and WR Rashod Bateman, the latter recently missing time due to injury.

Turning 36 in December, Jackson was the 49th overall pick of the 2008 NFL Draft. He starred for the Philadelphia Eagles, spending eight years there as a homerun threat as a receiver and in the return game. Four times he’s led the league in yards per reception. Since his days in Philly, he’s bounced around quite a bit playing for Washington, Tampa Bay, a Philadelphia reunion, and he spent last year with Las Vegas and Los Angeles.

Pittsburgh has yet to play the Ravens this season. They’ll face them in Week 14 and 17. Baltimore’s 3-3 on the year and narrowly leading a clustered AFC North.

UPDATE: The Ravens signed Jackson to their practice squad but he is expected to be elevated soon.