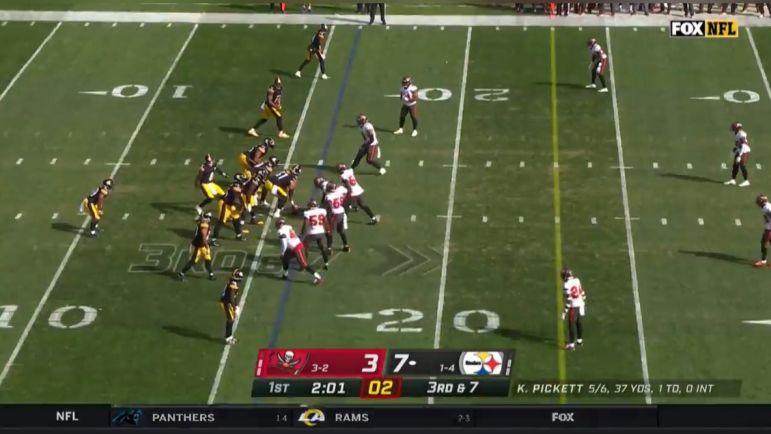 Breaking down the four sacks allowed by the Pittsburgh Steelers over their last two games between the Tampa Bay Buccaneers and Miami Dolphins.

Another lesson for the rookie. Pickett senses the Bucs’ nickel pressure late, good on him for recognizing it, but the problem is he sees and tries to adjust very late. He walks back up to the line of scrimmage with two seconds on the playclock and rushes the whole thing. 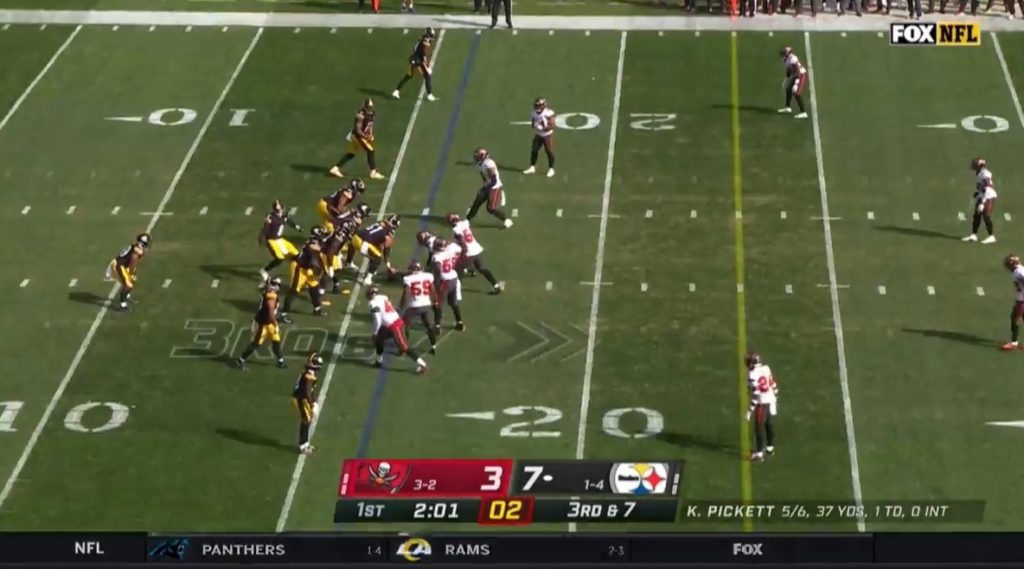 Even with the buffer teams get when the playclock hits zero, it felt like the Steelers should’ve been called for delay of game. That would’ve been preferable to the actual outcome. The line is running two plays, RG James Daniels pulling out on what he thinks is a screen while the rest of the line stays in. Total confusion with LT Dan Moore Jr. and LG Kevin Dotson blocking the same man, C Mason Cole blocking no one, and RB Jaylen Warren left in an impossible situation. It’s hard to determine what was the actual playcall and what Pickett tried to check to.

But this is on Pickett for the late check. Rushing this change isn’t going to produce a good outcome. Maybe the initial call wouldn’t have been perfect but it’s better for everyone to be wrong than half the team doing one thing, the other half doing something else. This is on the QB for creating the chaos.

Max protection with just a two-man route and nothing really opens up. The dig moreso than anything else but Mitch Trubisky doesn’t have a good option here. RT Chukwuma Okorafor loses the edge on this rip move, forcing Trubisky to hitch up in the pocket. The 3T shaded outside of LG Kevin Dotson spikes inside and Dotson tries to ride him down the line, the old adage of taking the linemen the way he wants to go. But they collide into center Mason Cole, who loses his block and allows NT Vita Vea to come off free. Not really a stunt that can be passed off, just some kinda bad luck and unfortunate outcome. LB Devin White kept eyes on Trubisky with Connor Heyward and TE Zach Gentry staying in and then rushes as Trubisky begins to step up.

All three converge on Trubisky who just eats the football. Hard to blame one thing overall on this play. There probably isn’t true “fair” blame to put here but I’ll put half on Okorafor for giving up the edge and half on Dotson whose block got Vea free.

Blame: Half on Chukwuma Okorafor, half on Kevin Dotson

3T slanting hard inside here into the A gap. LG Kevin Dotson passes it off to C Mason Cole before looking for work and helping out the left tackle. Cole gets his foot caught up on RG James Daniels, causing him to stumble and #92 to come in free up the middle. Flushes Pickett back and wide and the RDE cleans things up. Again, a little unlucky here but I have to put this one on Cole, even knowing he tripped.

More weird here. This one seemed to gain a yard and shouldn’t go down as a sack but it officially goes down in the record book as a no-gain sack. Dan Moore Jr. gets trucked by ex-Steeler Melvin Ingram here but that doesn’t actually cause any pressure, Moore’s body slowing Ingram up in a weirdly effective but totally not practical way.

It’s well-blocked overall with Pickett moving to his right before dropping his eyes and looking to take off. Playing the “he should’ve thrown it there” game is a little dangerous and can too easily rely on hindsight but Pat Freiermuth is in Pickett’s line of vision and open as an underneath checkdown option. On 2nd and 10, this would’ve gained a few yards and maybe Freiermuth makes a play and picks up a first down. 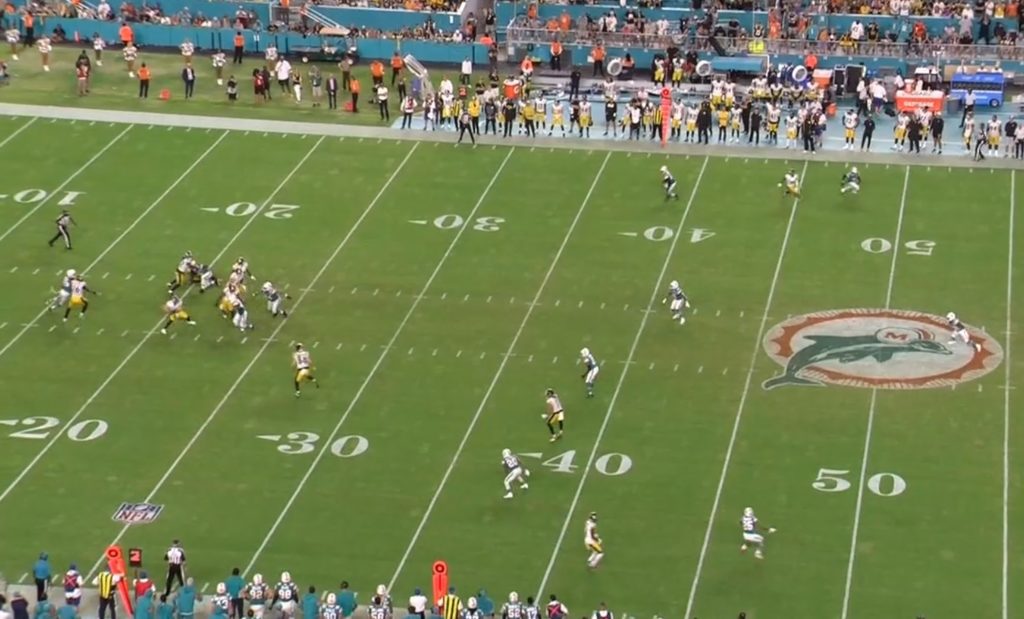 But Pickett passes it up and tries to find an escape lane. Good pursuit by Miami and #15 Jaelen Phillips comes from around the edge to converge and help tackle Pickett. Moore’s ugliness aside, I don’t see any linemen making an error that led to the sack. QBs who start running in the pocket make life hard on the o-line, the defenders having vision on the QB but not the blockers. Pickett should’ve dumped this one off so I’ll put blame on him.