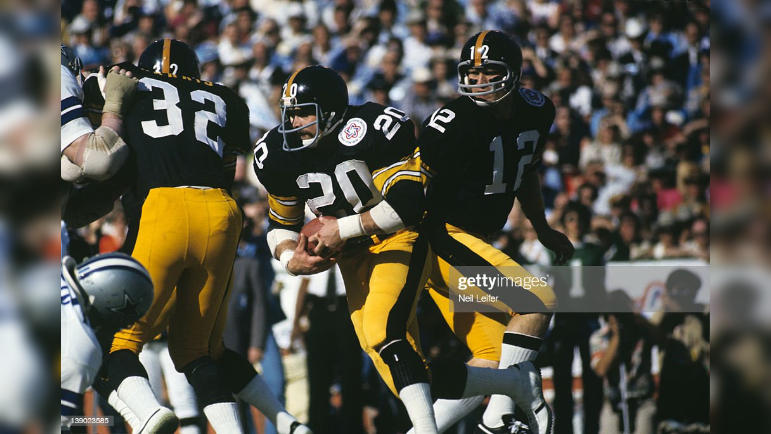 Seven weeks into the 2022 season for the Pittsburgh Steelers, a major talking point surrounding the black and gold has been second-year offensive coordinator Matt Canada and the lackluster job he is seemingly doing at the helm of a revamped Steelers offense.

In seven games, the 2-5 Steelers are averaging just 15.3 points per game, down nearly a full touchdown from the 2021 season in which former quarterback Ben Roethlisberger took over games late, leading the Steelers to a winning record and a spot in the playoffs.

So far this season, that’s not happening with rookie quarterback Kenny Pickett or veteran quarterback Mitch Trubisky, as the offense appears even more limited this season than they were last season with a 39-year-old Roethlisberger stuck behind the league’s worst offensive line.

Questions about a lack of creativity, urgency, and even simple things like in-game adjustments continue to float around regarding Canada in his second season as the offensive coordinator. While Steelers head coach Mike Tomlin stated Tuesday to reporters that he’s “not there yet” regarding believing in a need for change with the offense, the sentiment continues to grow louder and louder from the media and the fan base.

Former Steelers great running back Rocky Bleier, in an exclusive interview with Steelers Depot earlier in the week, added to the growing sentiment regarding Canada from outside the facility, stating that while it takes time for an offense with a number of new parts like the Steelers’ current one to gel and come together, he doesn’t believe in Canada’s play-calling or overall scheme, and joked that maybe it’s time for Pickett to begin calling his own plays in a similar fashion to how Terry Bradshaw once did, and Roethlisberger had a knack for doing in big spots.

“The issues with the offense are not the quarterback situation. As I look at this team in this point in time, it’s an evolvement of a new team,” Bleier stated to Steelers Depot. “It’s new coaches in new positions, we’ve got an offensive line that needs to be developed. You know, maybe part of the success of the running game last year was the quarterback [Roethlisberger]. That changed this year.

“We’re developing; we picked up some new offensive linemen, but it takes time to mold and to get better. Blocking becomes very important. But when I look at it, one of the things I look for is, what don’t they do? They don’t make adjustments well with in-game situations. They’re doing the same things in the last quarter as they’ve done in the first quarter, so it raises the question of do they not make adjustments?”

The Steelers certainly underwent some significant changes in the offseason, especially on the offensive side of the football, losing Roethlisberger to retirement, signing Trubisky in free agency, drafting Kenny Pickett and wide receiver George Pickens in the first and second rounds, hiring Pat Meyer as the new offensive line coach, and signing Mason Cole and James Daniels in free agency.

That’s a lot of change for one side of the football entirely. So far, there has been a large amount of growing pains from the offense, which remains rather predictable and watered down for an NFL offense featuring the amount of weapons the Steelers have.

Predictability, lack of creativity, overall design of the scheme and questionable play-calling in situational football has Bleier questioning if Canada is the right man for the job.

“I don’t like Canada’s play-calling. It’s easy for us to sit back up here and say ‘I’d do this’ or ‘I’d do that.’ We’re not down there every day and understanding the dynamics that are happening every day. But, the running game opens when the passing attack becomes important. At this moment in time, we’re not there. But I think we can get there.

“I think that maybe we should go back to letting the quarterback call his own plays,” Bleier added, chuckling. “As simple as it may be, I can only go through my own experience with Bradshaw playing with him, but it was like ‘OK, what do you guys want to run?’ He’d get that information on the field, and I think that helped not having that third party calling the plays.”

While Bradshaw was known for calling his own plays on the field, as was Roethlisberger, that’s not going to happen with Pickett anytime soon, even if a change is made with Canada in the booth. Bleier is correct that it helped having the quarterback on the field digesting the information in real time from linemen, running backs and receivers to figure out what worked, the game has changed drastically.

It is easy to sit back and say one doesn’t like this or that with Canada, but as Bleier stated as a former player, we’re not there on a day-to-day basis, understanding the dynamics happening behind closed doors on a daily basis. Publicly, Canada has the backing of his head coach, which matters, even if players are becoming more and more frustrated in the offense with the lack of splash and scoring.

For now though, the Steelers remain a work in progress, focusing on developing, as Bleier stated. Canada, right or wrong, is part of that development process, even if his decision making in game is questionable. Patience is a must with this group moving forward, especially on the offensive side of the football.

Bleier knows that all too well.