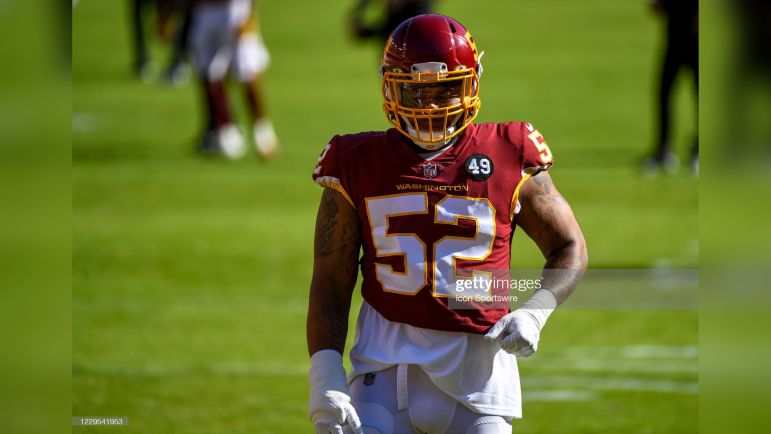 The Pittsburgh Steelers are elevating outside linebacker Ryan Anderson to their 53-man roster off their practice squad ahead of Sunday’s Week 5 matchup against the Buffalo Bills, per a tweet by NFL Media’s Tom Pelissero.

The #Steelers are signing OLB Ryan Anderson to their 53-man roster off the practice squad, per source.

Anderson was also elevated last week but failed to log any stats in just five defensive snaps. With Anderson being signed, a corresponding move needs to be made to get Pittsburgh’s roster down to 53. Outside linebacker David Anenih, who Pittsburgh signed off the Tennessee Titans’ practice squad earlier this year, will likely be cut. Anenih has yet to be active for a game, and the team opted to elevate Anderson from the practice squad rather than dress Anenih against the Jets last week.

With Anderson being signed to the 53-man roster, the Steelers can still elevate two guys from the practice squad ahead of Sunday’s game. With both safety Terrell Edmunds and cornerback Ahkello Witherspoon out, expect both elevations to be members of the secondary if they choose to make any elevations. Last week, Anderson and cornerback Josh Jackson were Pittsburgh’s two elevations. Now, with Edmunds out in addition to Witherspoon (who also missed last week’s game) safety Elijah Riley or another cornerback could be elevated.

Anderson also had prior stints with Washington and the New York Giants. He never played a game with the Giants, but he racked up 86 tackles and six sacks in 53 games with Washington. He’ll likely serve as Pittsburgh’s fourth outside linebacker until T.J. Watt is ready to come back from his torn pec muscle.