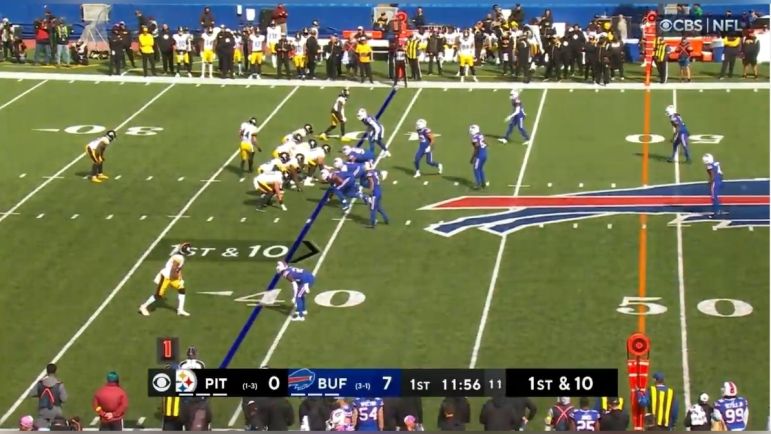 Even the most “pro-ready” quarterback has some adjusting to do. Save for a few offenses, the college game is entirely shotgun-based to the point where some teams take their victory formations out of the gun as opposed to lining up under center to decrease the risk of a fumble (as Nebraska found this weekend). In the NFL and in the Pittsburgh Steelers’ system, there’s plenty more under-center work. Speaking to reporters Wednesday, rookie QB Kenny Pickett talked about the transition.

“I experienced it back in my sophomore year at Pitt,” he said via a team transcript. “I had a lot more under center experience, so I kind of used that as a springboard here as we’re getting a little more under-center playaction stuff.”

Offensive coordinator Matt Canada’s offense largely works under center, trying to build play action off a strong and similar-looking run game. That’s been largely unsuccessful, but it’s still the intent. According to our charting prior to Week 5, the Steelers have been under center 26.4% of the time. That’s a slight bump over last year’s numbers, Ben Roethlisberger under center 24.4% of the time, but it’s important to note the pass rate under center is stark. Here’s how they stack up:

Pickett didn’t take a snap under center during his second-half debut against the New York Jets, though he obviously did in his first start against the Bills. Versus Buffalo, he threw five passes under center, one of which was negated be penalty, going 4/4 for 46 yards.

Having not done it in years, Pickett outlined the obstacle he has to overcome working off playaction.

“I’ve got to find the guy I’m reading once I turn my back. Obviously, the picture I see pre-snap, and then you blink and turn your back, obviously what you’re going to see is a lot different. So, it’s something to process and I’m working on it at practice and trying to get sped up in my mind.”

It’s an issue veterans have, too. Mitch Trubisky’s first interception of the season came off play action and misreading the defense, forcing a throw over the middle that was tipped and picked by the Patriots.

With reps, time, and inevitably a couple mistakes along the way, Pickett will improve. With the Steelers sitting at 1-4, the most relevant thing to focus on the rest of the way is Pickett’s development. If his game can grow and improve, and the initial signs are encouraging, Pittsburgh can try to get back on track in 2023.