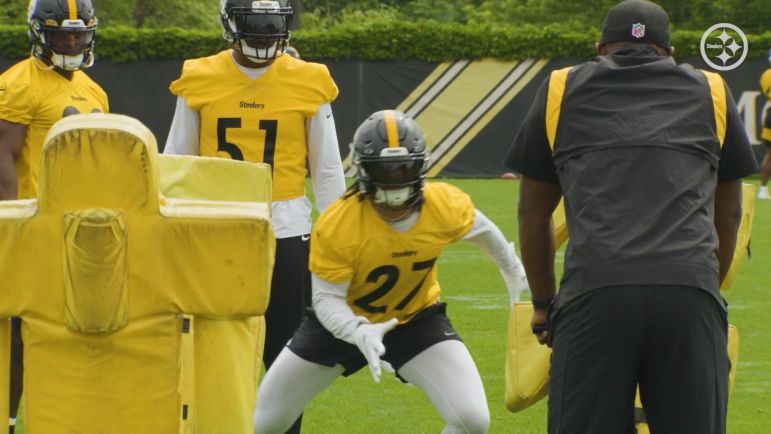 The Pittsburgh Steelers made what they believed would be a key hire in February when they brought in former Miami Dolphins head coach Brian Flores as an addition to their coaching staff. It was head coach Mike Tomlin’s call, and he surely did it knowing full well that it probably wouldn’t last long.

After all, this is a guy who was interviewing for every vacant head coaching job he could find right after he was fired. He’s not in this to be an assistant. He’s looking for another head coaching job. And most were surprised he was even fired.

Even his players know that they probably won’t have him long, a point inside linebacker Myles Jack made, telling Joe Rutter of the Pittsburgh Tribune-Review that they joke about it. “We tell him all the time, ‘Coach Flores, don’t forget about us when you continue on your endeavors’”.

In other words, they expect him to be gone, sooner rather than later. He can find himself a new head coaching job as soon as the 2023 season. He surely will be in demand. He will inevitably get interview requests—his not getting any would merely fuel his case for his lawsuit and add a collusion wrinkle to it.

Still, his players want to play for him now, and they want to do so for the future. “Hopefully, he’s here, we’re all here and we’re all here forever”, Jack said. He himself signed a two-year contract to join the Steelers in March as a street free agent after he was cut by the Jacksonville Jaguars.

Both castoffs from struggling franchises, they’ve forged a bond now in Pittsburgh, with Jack among the leading tacklers in the NFL and helping to provide a more stable nucleus in the middle of the defense than Pittsburgh has had for a while.

Not that things couldn’t be better. They are 2-4, after all, and that’s not where any of them want to be. But they are still writing their story for the 2022 season, and filling up their resume. For Flores, it’s for prospective suitors looking for a head coach. For Jack, it’s perhaps with an eye toward getting a more long-term contract extension next year to have more security and a home in Pittsburgh.

In case anybody is wondering and has forgotten or hasn’t previously read it, the section of the Rooney Rule that awards teams compensatory draft picks for losing minority coaches to promotions only affects those who have been employed by an organization for two or more continuous seasons. If Flores signs elsewhere in 2023, the Steelers get nothing for him in return.